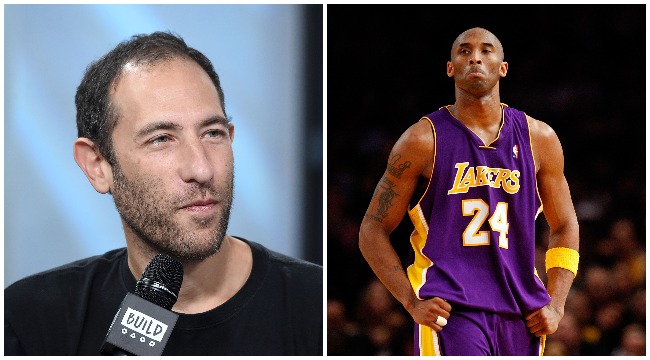 When we published the article on Monday about comedian Ari Shaffir releasing a video rejoicing in the death of Kobe Bryant just hours after the tragic news broke, there was a battle between two schools of thought in the comment section: 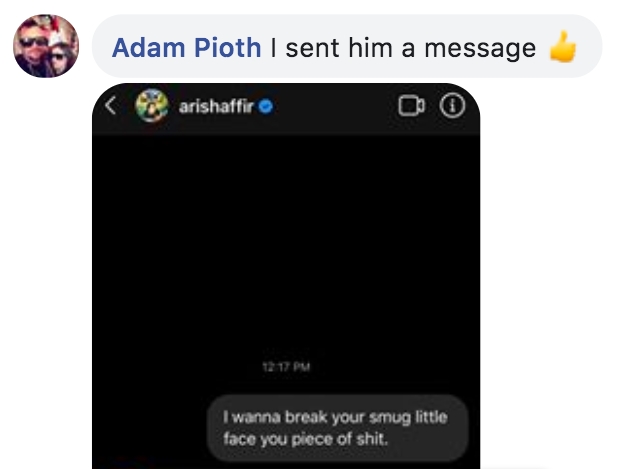 For those of you who still need to be brought up to speed, while in Charlotte for a comedy show, Shaffir filmed himself outside the Spectrum Center (the home of the team who drafted Kobe) mocking the death of Kobe Bryant and using Kobe’s sexual assault case in July 2003 as fuel.

“Kobe Bryant died 23 years too late today. He got away with rape because all the Hollywood liberals who attack comedy enjoy rooting for the Lakers more than they dislike rape. Big ups to the hero who forgot to gas up his chopper. I hate the Lakers. What a great day! #Fuckthelakers.” 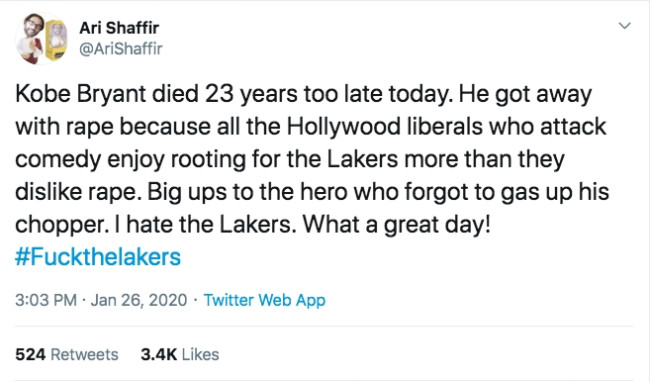 At the time the tweet and video were published, it was not yet made public that there were eight others, including Kobe’s 13-year-old daughter, who perished.

While Shaffir posted an extensive Instagram message claiming time sensitive grave-dancing is a long-standing bit that his fans have come to expect from him, it appears not everyone got the joke.

It has since been reported that Shaffir’s talent agency, Aqua Talent, has dropped him from their roster in the wake of the since-deleted video.

The club canceled his performance and filed an aggravated-harassment report with police over the threats.

The midtown location “received multiple threatening phone calls,” a NYPD spokesperson said Wednesday. “There are no arrests or suspect descriptions at this time. The investigation is ongoing.”

The club told the Hollywood Reporter they will not be working with Shaffir in the future after learning of his comments.

As you can imagine, this news only poured gas on the online discussion about free speech vs. hate speech.

I don't think people understand. You don't have to find @AriShaffir's joke about Kobe funny or even tasteful to defend his right to say it or the shit on the cancel culture people trying to get his gigs canceled. The state of LA comics is sad man.

Hey @netflix – Here’s a request, delete @AriShaffir from your programming, his hateful and vicious attack on Kobe after his death is beyond reprehensible and sick, and you should be embarrassed and ashamed to continue doing business with this savage ingrate.

I’m conflicted on this one, personally. I hate seeing someone’s career take a hit over a mistake they claim they meant no malice by. Losing your talent agency and having comedy venues write you off for good is steep price to pay for something intended to be entertainment. I just wish Ari did himself a favor and leaned into the satire a bit more because it seems to me that the only people who would actually find this funny aren’t the people who enjoy a good joke, but the people who are glad Kobe’s dead. To some degree, the onus has to be on the artist to ensure the art shines through.