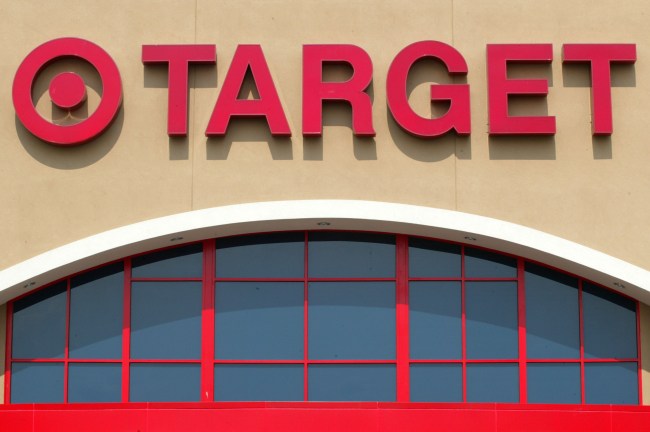 We have another Karen on the loose.

During the 4th of July weekend, an Arizona woman was extremely angry at Target for selling facemasks and proceeded to film herself attacking the display.

Two Target employees confront her and ask her to stop but the woman continues and yells “Why? You let everybody else do it, but I can’t do it because I’m a blonde white woman? Because I wear a 40,000 Rolex I don’t have the right to fuck shit up?”

Woman from Scottsdale, AZ was so upset with Target for selling face masks that she attacked their display… (cont.) pic.twitter.com/Mwp3w2Iw7C

In a second Instagram live video filmed by the woman, police are called to her house and she tells them she’s a spokesperson for the White House “Call Donald Trump and ask him if you don’t believe me,” she says. When the police ask her for Trump’s phone number, the woman only says “she’s on the phone with him all the time.” She goes on to say she was “was hired to be the QAnon spokesperson,”

…then she got arrested on IG Live saying she is a spokesperson for QAnon & the White House and to “call Donald Trump and ask him” because she can’t share any “classified information.” pic.twitter.com/Bg1OPaimUQ

According to the Reddit user who uploaded the video and watched her entire story feed claims the woman was kicked out of her house by her husband which led to the bizarre series of events later in the day.

Her entire story was from 8 Am (ish?) – 2 PM? The husband wants a divorce and kicked her out, so she went to a hotel. Went to Target, tried destroying it, and got kicked out. Got an Uber back to her hotel. Immediately went shopping, bought thousands of dollars worth of stuff using daddy’s credit card (literally). Was eventually stopped because she refused to wear a mask. Got kicked out of the hotel, walked around with hats ON HER FEET because she apparently lost her shoes. Got another Uber to her house. When she went into her house, her Range Rover was there (somehow) and she tried to leave. The husband stopped her, took her purse away to keep her there. Called the cops. Told the cops how much of a threat her husband is, told them he had unregistered guns, anything to get HIM arrested Then here we are.

Hopefully, she gets the help that she needs because she’s clearly unstable.