People In Arizona Are Wielding Knives, Throwing Rocks At Self-Driving Vehicles, As One Does 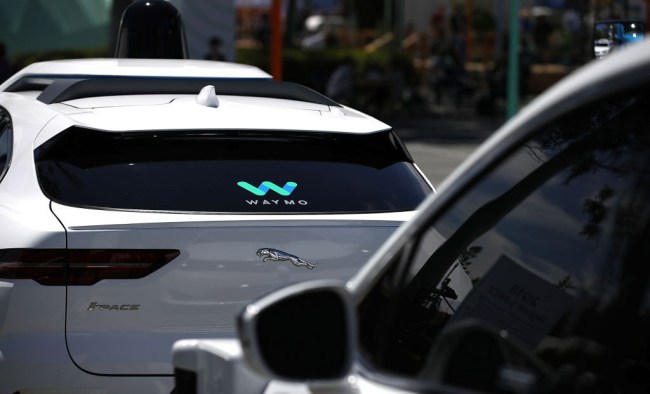 Waymo, a subsidiary of Google parent company, Alphabet, began testing its self-driving vans in Chandler, Arizona in 2017. And apparently, some people there are not very happy with the autonomous vehicles using their roads. Like, slashing tires, brake-checking the vehicles,running them off the road, and throwing rocks at them unhappy.

Why that would be is a mystery to me. Don’t they know it’s only a matter of time before all humans on the planet are either eliminated or replaced?

I guess not, since, according to a recent New York Times report, there have been at least 21 attacks on the autonomous vehicles over the past two years in Chandler.

Some people have pelted Waymo vans with rocks, according to police reports. Others have repeatedly tried to run the vehicles off the road. One woman screamed at one of the vans, telling it to get out of her suburban neighborhood. A man pulled up alongside a Waymo vehicle and threatened the employee riding inside with a piece of PVC pipe.

In one of the more harrowing episodes, a man waved a .22-caliber revolver at a Waymo vehicle and the emergency backup driver at the wheel. He told the police that he “despises” driverless cars, referring to the killing of a female pedestrian in March in nearby Tempe by a self-driving Uber car.

“There are other places they can test,” said Erik O’Polka, 37, who was issued a warning by the police in November after multiple reports that his Jeep Wrangler had tried to run Waymo vans off the road — in one case, driving head-on toward one of the self-driving vehicles until it was forced to come to an abrupt stop.

O’Polka’s wife Elizabeth also says she “may have forced them to pull over” so she could yell at the cars and the emergency drivers riding inside them. Totally normal.

Another guy, Charles Pinkham, decided that standing in the street, blocking the way for one of the vehicles was also a solid solution – and it worked – kind of.

“Pinkham was heavily intoxicated, and his demeanor varied from calm to belligerent and agitated during my contact with him,” Officer Richard Rimbach wrote in his report. “He stated he was sick and tired of the Waymo vehicles driving in his neighborhood, and apparently thought the best idea to resolve this was to stand in front of these vehicles.”

It worked, apparently. The Waymo employee inside the van, Candice Dunson, opted against filing charges and told the police that the company preferred to stop routing vehicles to the area.

I have to be honest here. I, personally, welcome any and all self-driving cars. For one, then I wouldn’t have to drive anymore, and two, I am more afraid of being on the road with humans behind the wheel than I am of any autonomous A.I. doing the driving.