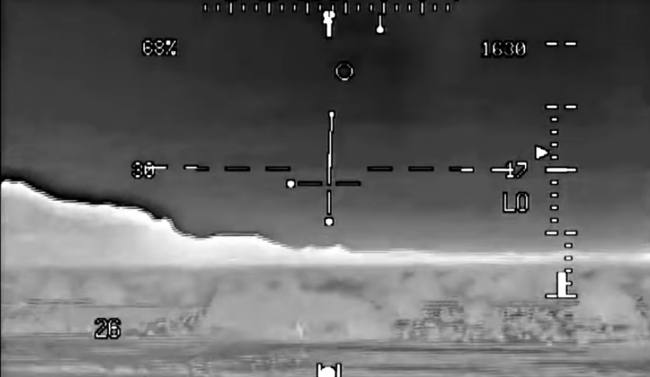 New footage released by the United States Army shows what is being called three fast-moving unidentified aerial phenomena, or UAP (the new term for UFOs).

The video was taken by pilots of a U.S. Army AH-64 Apache attack helicopter while training in Arizona at close to midnight on November 6, 2018, reports The Debrief.

In the footage, the three fast-moving UFOs are seen on the targeting/imaging system of the helicopter performing maneuvers that appear to defy physics.

“Are those three really fast flying jets up there?” one pilot asks over the radio as the helicopter begins its ascent.

Although difficult to discern from the video alone, the three unknown aircraft initially appear to be flying in a loose triangular formation.

As they approach the foothills of nearby Picacho Peak, the three unknown objects suddenly appear to rotate around each other, as if revolving around an unseen axis, all while maintaining a steady eastward trajectory.

After several rotations, the objects then resume an obtuse triangular formation before speeding out of sight as the Apache begins to take off.

“It looks like three definite objects, but at a distance,” said Lehto, who spent 20-years flying F-16s. “The first thing that stands out to me is the rate of acceleration.”

“As a pilot… you’re used to looking at planes and assessing how far away they are. And looking at objects, your brain just gets more and more attuned to that,” Lehto explained. “And when I looked at this, the rate of acceleration just doesn’t make sense for any objects… I’ve seen in my life, as a pilot.”

Lehto added that there is a visual difference between what is captured on the video and something like a F-16 or F/A-18 fighter jet.

“I mean things do move that fast, but they’re constant because when they’re moving that fast they have a very large radius of curvature when they turn just based on centripetal force acceleration to be going that fast,” he said.

“The tracking rate is exceptionally fast,” he added, “Even if they are only a mile away, I calculate they go approximately 1.28M. Well past the speed of sound.”

Lehto concluded that the video “is without a doubt anomalous.”