Veterans Give Brutally Honest And Absolutely Heartbreaking Responses After The Army Asks ‘How Has Serving Impacted You?’ 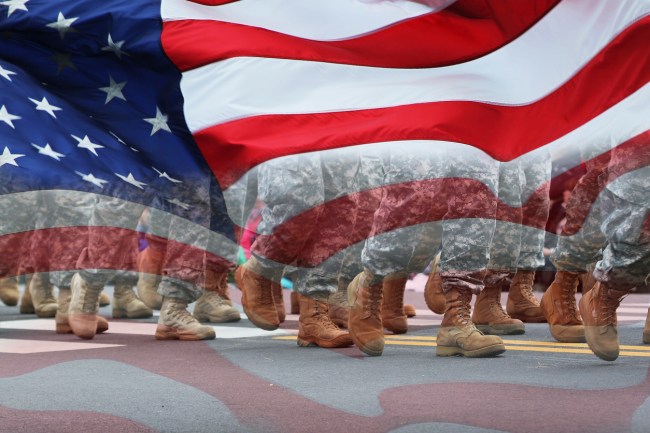 Memorial Day is a time to reflect and pay your respects to the brave men and women who made the ultimate sacrifice for the country and died for the United States. The U.S. Army attempted to get a conversation started about military members and it backfired stupendously, but it did give regular civilians jaw-dropping testimonies of what servicemen and women put on the line when they button up that camouflage military uniform.

The official Twitter account for the U.S. Army shared a video of Pfc. Nathan Spencer, a scout with the Army’s 1st Infantry Division, explaining how the Army has positively influenced his life. The Army’s Twitter account then asked their followers: “How has serving impacted you?”

Hear from Pfc. Nathan Spencer, a scout with @FightingFirst who shares how the #USArmy has influenced his life.

For the most part, the responses that went viral were stories of military members who suffered great physical or emotional damage from serving in the Army. The tweets are absolutely heartbreaking. There were over 11,000 responses to the question, that ranged from being separated from their families for long periods of time to sexual assault to debilitating injuries to poor treatment from VA hospitals to PTSD to depression to suicide. Here are just a few of the heartwrenching stories, but you should check out all of the important stories in the thread.

My wife and I served in the @USArmy. We spent over 5 years geographically separated from each other. She was sexually assaulted on deployment and kicked out of the army for seeking treatment bc she was then deemed unfit for service. I got out bc her assaulters went unpunished.

I am so sorry. The way we fail our service members hurts my heart. My grandfather served in the Korean War and had nightmares until his death at 91 years old. We must do better.

My uncle came back from 'nam with severe untreated PTSD. Would have semi-regular lapses and attempt to attack his siblings. Grandma took him out a few times with a cast-iron frying pan. Lived at home until he drank himself into a box.

Nobody I know who served escaped intact.

My best childhood friend lost his mind after his time in the marines and now he lives in a closet in his mons house and can barely hold a conversation with anyone. He only smokes weed and drinks cough syrup that he steals since he can't hold a job.

my dad served 20+ years and has extreme ptsd and countless injuries. one of my uncles committed suicide, and i lost two of my childhood friends before the age of 21. but yay military! 🤗

My grandpas brother had such bad ptsd that he constantly leaves for long times, telling no one where he’s going and doesn’t know how to process his anger without violence

I did not serve, but I have three fewer friends from high school, one combat death, two PTSD Suicides.

i went to a lower-middle class high school and your recruiters took a bunch of my friends with promises of money and no combat, and now they're gone. you never once bothered the kids at the rich high school.

My best friend from high school was denied his mental health treatment and forced to return to a third tour in Iraq, despite having such deep trauma that he could barely function. He took a handful of sleeping pills and shot himself in the head two weeks before deploying.

my grandpa served in vietnam from when he was 18-25. he’s 70 now and every night he still has nightmares where he stands up tugging at the curtains or banging on the walls screaming at the top of his lungs for someone to help him. he refuses to talk about his time and when you-

My uncle served in Vietnam. Before his deployment I was told he was a vibrant young man who never touched a drop of alcohol. After coming home he couldn’t put the bottle down, lost a good job with the Boston Fire Department and died with the needle still in his arm.

Made me grow up with with a hyperparanoid and controlling father. My sister and i were hardly allowed to step out of our room. He had horrible anger issues, admitted to contemplating suicide. My family says he used to be different before enlisting. He wanted to be an artist.

My dad drank himself to death after coming home from Vietnam, thanks

My dad, a Vietnam veteran, can no longer function without being stoned. He is terrified of crowds, loud noises, and strangers.

My cousin committed suicide while on duty at the armory after coming home from a tour abroad.

My dad had lifelong medical complications from exposure to Agent Orange and he spent the last few years of his short life fighting for the VA to acknowledge his condition.

Depression, anxiety, still can’t deal well with loud noises. I was assaulted by one of my superiors. When I reported him, with witnesses to corroborate my story, nothing happened to him. Nothing. A year later, he stole a laptop and was then demoted. I’m worth less than a laptop.

How has serving impacted you?

Found my mother in the closet after her tour in Afghanistan with a knife, she’s still afraid of firework sounds. It’s impacted me because my mom won’t ever be the same mentally. So thanks for that.

My family friend whom we love dearly was exposed to agent orange , he now has multiple health issues upon health issues, night terrors, takes more than 10 pills a day for all of his problems that cause more problems , has depression and anxiety , barely wants to keep fighting

My friend's dad is a disabled Vietnam veteran with Dementia who suffered effects of Agent Orange.

He's currently in a multiple appeal process w/ @NJDMAVA for a spot in the dementia unit of the nearby VA Home that says it "can't care for his needs."#VeteransDeserveBetter pic.twitter.com/BBaVmc0bUQ

My brother went at 18, served as a sergeant in the Gulf war, came home a loner and an alcoholic, walked in front of a train one day. I got this tattoo for him. pic.twitter.com/vXVMU013TI

I lost custody of my son. I came home from Afghanistan then my service was used against me even though this was my first deployment and not knowing how to defend against someone who is dishonest in court. Smh. Sacrifice is bs. #femaleveteran #warishell #mycountryforgotme

The VA hospital actually almost killed my godmother’s dad (served in Vietnam) last week. He was given 20 mg of a diabetes drug; hours after leaving the VA hospital, he collapsed. The doctor at the hospital the ambulance took him to said they would NEVER prescribe more than 5 mg.

As we honor those who paid the ultimate sacrifice this weekend by remembering their service, we are also mindful of the fact that we have to take care of those who came back home with scars we can't see.

My wife and I served in the @USArmy. We spent over 5 years geographically separated from each other. She was sexually assaulted on deployment and kicked out of the army for seeking treatment bc she was then deemed unfit for service. I got out bc her assaulters went unpunished.

He was LtC Thomas A Wren
killed Talill 5 Nov 2005
Here he was with 4 of his 5 children.
I miss him every day.
Every damn day. pic.twitter.com/wPfVH9bhYe

To everyone who responded to this thread, thank you for sharing your story. Your stories are real, they matter, and they may help others in similar situations. The Army is committed to the health, safety, and well-being of our Soldiers. As we honor those who paid the ultimate sacrifice this weekend by remembering their service, we are also mindful of the fact that we have to take care of those who came back home with scars we can’t see.

If you’d like to help out veterans who were injured while fighting for your freedoms, you can make a donation at any of these charities: Fisher House Foundation, Homes for Troops, ThanksUSA, Wounded Warriors Family Support, and the Semper Fi Fund.