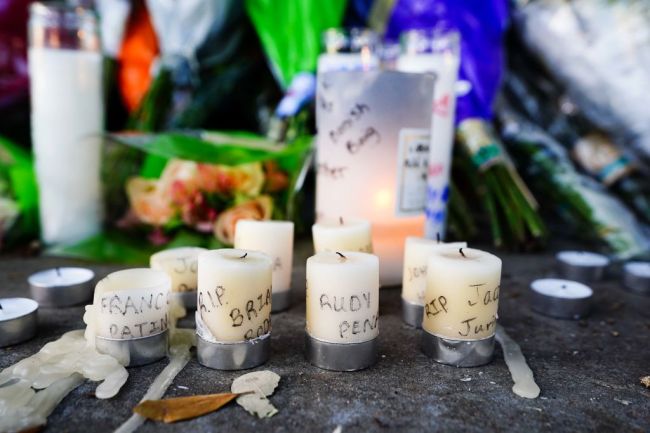 A massive lawsuit has been filed in the wake of the Astroworld Festival tragedy – which left 10 dead. The lawsuit seeking $750 million in damages is going after Astroworld headliner and founder Travis Scott, rapper Drake, event organizer Live Nation, Epic Records, and Apple.

The Lawsuit Seeks Damages For Loss Of Mental And Physical Health, Human Life

The three-quarters of a billion-dollar lawsuit was filed in Houston Civil Court by high-powered attorney Tony Buzbee, and seeks damages for loss of mental and physical health, and human life.

“The damages sought in this case attempts to fix, help, or make up for the harms and losses suffered by these Plaintiffs,” the lawsuit reads. “The quantum sought includes sufficient punitive damages to punish and make an example of all involved in the streaming, promotion, organization and failed execution of the concert, and also to encourage those who engage in such activity in the future to do so with safety at the forefront.”

Buzbee told KHOU, “This concert was doomed from the beginning. It was doomed before they filed their operations plan.”

“There has to be responsibility, especially those entities that stood to profit,” Buzbee said, referencing Apple – which profited by streaming the rap concert online.

The lawsuit cites Scott’s history of inciting rowdiness during his shows.

Who Is Tony Buzbee?

The Houston Chronicle highlighted some of Buzbee’s legal victories:

Some of his high-profile wins include a $41 million settlement for a spider-bite victim in 2015 and a $100 million verdict for Texas City residents injured by toxic emissions from a BP plant in 2009. A Houston federal judge later shot down that verdict, which was previously noted as the largest verdict ever against BP. He told Texas Inc in 2019 his largest settlement win was $500 million and his largest court win was a $159 million verdict.

Who Are The Plaintiffs In The Astroworld Tragedy Lawsuit?

The lawsuit was filed on behalf of more than 125 concertgoers, and the family of Axel Acosta Avila – one of the victims killed during the concert at Houston’s NRG Park.

Avila – a 21-year-old Western Washington University student – drove from his hometown of Tieton, Washington, to Houston, Texas, to attend the music festival. His aunt Cynthia Acosta told KTRK. “It was his first time going to an event like that.”

Avila “was crushed by the incited, unruly and out-of-control crowd with such force that he could no longer breathe” and went into cardiac arrest, according to Buzbee.

“When Axel collapsed, he was trampled by those fighting to prevent themselves from being crushed,” the suit reads. “As he lay there under a mass of humanity, dying, the music played and streamed on — for almost forty minutes. Axel died that night on the muddy ground at a concert he attended for fun.”

Western Washington University vice president of enrollment and student services Melynda Huskey said, “By all accounts, Axel was a young man with a vibrant future. We are sending our condolences to his family on this very sad day.”

How Many Lawsuits Is Travis Scott Facing?

Citing Harris County District records, CNN reported that at least 140 lawsuits had been filed in relation to the Astroworld tragedy.

Attorney Ryan MacLeod – who said the tragedy was a “year in the making” – filed a lawsuit earlier this month.

“This should have never, ever happened,” said Crump. “People were literally fighting for their lives just to get out of there. … This is a horrific story. … We have to get the answers. Nobody should ever die from going to a concert.”

Buzbee revealed that he expects to file another lawsuit in the coming days with 100 additional victims.