Travis Scott Has Long History Of Bragging About Injured, Unconscious Fans At His Concerts 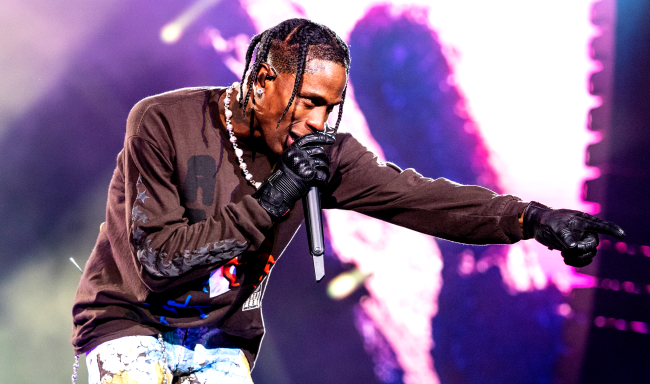 Long before eight people died and hundreds were injured Friday night during his Astroworld performance, Travis Scott proudly bragged numerous times on social media about fans being hurt and ending up bleeding and/or unconscious at his shows.

In one photo posted to Travis Scott’s Instagram account until it was deleted in the morning hours of Wednesday, a young man appears unconscious at Scott’s 2015 show at Manhattan’s Webster Hall.

“TO THE KID THAT DIDNT SURVIVE THE RODEO. UR A HERO IN MU BOOK,” Scott captioned the photo, according to the New York Post, who published a copy of that image and others.

Scott also had a photo of another fan who appeared to have passed out at a 2014 show, reports TMZ, who compiled a gallery of many of Scott’s most alarming posts and photos.

There are a number of still photos Trav has posted on his Instagram account from over the years that show fans of his injured to varying degrees … from what appears to be simply attending concerts of his.

Many of the times he spotlighted a certain individual who was injured … and seemed to glorify and glamorize it, with captions like … “SHE BROKE HER HAND AND SHE DOESN’T GIVE A F***!!!” or “IT’S NOT A SHOW UNTIL SOMEONE PASS OUT.”

Another image posted to Scott’s Instagram showed a fan bleeding from his right eye with the caption “I love u.”

The Astroworld event isn’t the first time law enforcement has had to get involved in the aftermath of one of Scott’s concerts.

Also in 2017, a fan at one of Scott’s concerts in Manhattan fell from a balcony, leaving him paralyzed, when the show turned chaotic, according to a lawsuit.

Footage captured at the tragic Astroworld concert clearly shows Scott watching from above as a completely limp and unconscious fan is hauled away. Scott makes no comment and just continues performing.

Another video shared online shows Scott performing and doing the robot while a fan was being resuscitated directly below him.

Fans urged and pleaded with Travis Scott to stop the #ASTROFEST show amid the mass casualty event. He continues to sing. pic.twitter.com/xsBdX2Ew3x

“Anytime I could make out, you know, anything that’s going on, you know I stop the show and, you know, help them get the help they need,” Scott claimed in an Instagram Story after the Astroworld deaths.

Meanwhile, Houston Fire Chief Samuel Pena told TODAY, “The artist has command of that crowd. In my opinion, and this is my opinion right now because everything is going to be fleshed out throughout this investigation, but certainly, the artist, if he notices something that’s going on, he can certainly pause that performance, turn on the lights and say, ‘Hey we’re not going to continue until this thing is resolved.'”

Pena added, “There was evidence that the crowd itself was trying to approach some of their private security, security that was closer to that stage.”

"Stop the show" and the staff did nothing. This shit is fucking heartbreaking #AstroWorld vc:@JanthonyOlivera pic.twitter.com/5vVZKLKV7h

The woman in the video above, @seannafaith on Instagram, painted a harrowing portrait of what she experienced Friday night.

Kylie Jenner, who was in attendance and posted a since deleted video clearly showing an ambulance trying to make its way through the mass of people, later claimed in an Instagram story that she and Scott “weren’t aware of the fatalities until the news came out after the show.”

not @KylieJenner literally posting a video at #astroworld where you can see the ambulance in the crowd… pic.twitter.com/977PEejEGt

Jenner also added that Travis is “broken and devastated.”

Astroworld concertgoers have reportedly filed at least 33 lawsuits against Travis Scott, Live Nation, and others involved in the event.

TMZ obtained the Certificate of Liability Insurance filed with the City of Houston by NRG Park that shows $1 million in primary coverage with a $25 million umbrella for the event’s host site.