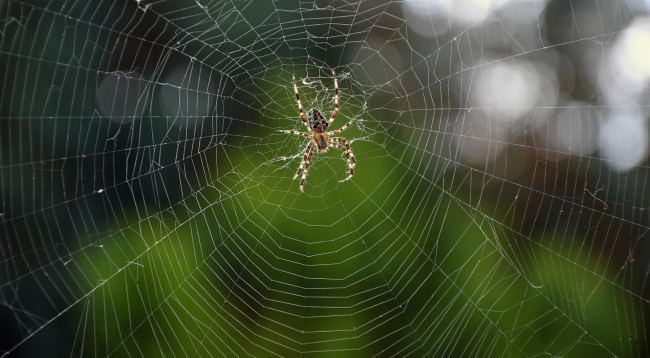 It was just three months ago that we reported how Australia was in the middle of a mouse plague of biblical proportions with millions of mice terrorizing the country in what looked like a horror film.

Now, in the southern state of Victoria, blankets of spider webs are covering the local landscape thanks to heavy rains which has forced thousands of spiders to seek shelter on higher ground.

Which means, in addition to Seattle (murder hornets), we can now add Victoria, Australia as a place we will need to steer clear of for a little while.

According to the Independent, these spider web blankets are at their worst in the East Gippsland region of Victoria.

Parts of #Gippsland are covered in #spider web??!! The little black dots are spiders. There is web as far as the eye can see. This is near Longford #Victoria thanks Carolyn Crossley for the video pic.twitter.com/wcAOGU9ZTu

Of course, one scientist, as they always do in situations like this, claims it’s no big deal.

Professor Dieter Hochuli of the University of Sydney told 7NEWS it is nothing more than a natural phenomenon.

“They build a web that is a little bit different to the ones we’re more familiar with, like orb webs, their ones are flat and the spiders often live between two layers of webbing,” he said.

“When we get these types of very heavy rains and flooding these animals who spend their lives cryptically on the ground can’t live there anymore, and do exactly what we try to do – they move to the higher ground.”

A similar event occured near Launceston in Tasmania, Australia back in 2016. Those massive spider webs were also created due to heavy rains and flooding.

Regardless of what the scientists say, there is little doubt that images from the area of the gigantic spider webs are a very troubling sight for many people.

“That is my worst nightmare,” said one person on Reddit.

“I can’t wait for the mouse plague vs spider apocalypse showdown,” wrote another.

So, first it was the pandemic, then a plague of mice, next flooding, followed by thousands of spiders.

If I were Australians, I’d be keeping a close eye out for four horsemen. #Apocalypse #OldTestament #Australia https://t.co/lIrVsBgcKs

This headline more closely approximates my reaction than, "spectacular" https://t.co/P2NIpMDTZ2