Family Finds Infestation Of Hundreds Of Spiders In Home, Surprisingly Do Not Burn It To The Ground 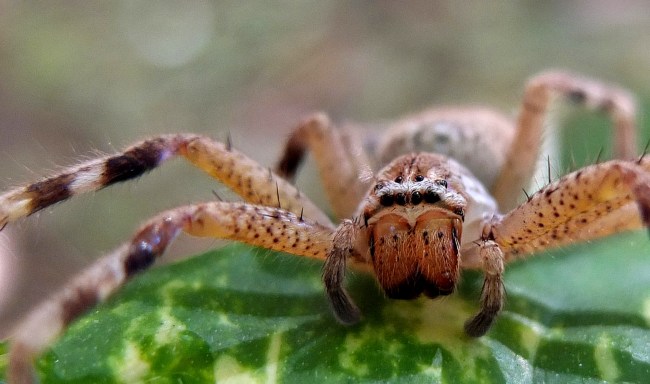 Hey, hey, hey! If you hate spiders, have I got a story for you! A mother in Sydney, Australia recently went into her daughter’s bedroom and discovered a literal nightmare come to life when she spotted HUNDREDS of spiders crawling around on the walls and the ceiling.

Seriously, what is up, Australia?

The mom, Claudia Domrose, is heard on video asking her daughter, who had called her into the room – for obvious reasons, “Are you moving out now? Shall we burn the house down?”

The answer to both questions is obviously, yes.

Claudia told 9 News that when she first pulled back a curtain she saw 50 or 60 spiders.

Then her daughter informed her that she needed to look at the other side of the room where another batch was gathering.

Related: This Giant Spider Web Looks Big Enough To ‘Catch A Human’ – 2020 Continues To Hate Us

A friend of Claudia’s, Peta Rogers, told ABC News, “She got home yesterday and her daughter came out of her room and said to her mum ‘there’s a couple of spiders in my room. Can I stay in your room tonight?'”

So, for everyone saying it's Photoshopped, here is her actual video. pic.twitter.com/2Zcro0nra7

“We just left them there because they are baby huntsman, I actually like huntsman, so I was like, I’m not going to do anything,” she told 9 News.

“They’re just going to walk away… let nature be.”

Claudia said she tries not to panic in situations, however, the family did have a panicked moment when they attempted to leave the window open for the spiders yesterday.

The windy weather blew the spiders back inside, leaving some hanging on their webs. Claudia and her daughter then scrambled to collect them all with little glasses.

The spider have since left the home.

As for joking that they should burn the house down, it’s not as funny as it sounds, because Claudia said her family home actually did burn down last year.

Actually, you would not believe the irony of this (&, no, they're happier now) 💕💗💕

She & her kids moved into this house a few months ago after their last home burnt down early last year & they lost everything.

Still… you gotta burn it down to the ground now, right?