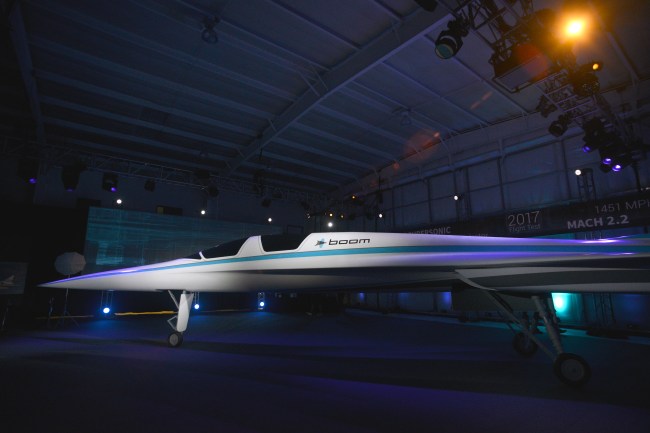 It’s been 50 years since we landed on the moon and I still have to take two subways, a shuttle, and a train to get from New York to Boston. Commercial travel has made relatively few advancements since its inception and I’d like that to change.

Eight months back, Elon Musk claimed he received government approval for Hyperloop, a super-high-speed train line to connect New York to Washington, D.C. The suspended train will travel 220 miles in 29 minutes and is essentially a long tube that has had the air removed to create a vacuum. But Musk’s project errs on the side of fantasy when you consider that it could cost $495 billion to come to fruition.

Fantasy or not, any small indication that the future of travel is evolving is good news in my book. And hopefully the Richard Branson-backed Boom Supersonic can be the catalyst.

Boom Supersonic expects a prototype of its passenger plane to make its first test flight by the end of this year, Daily Mail reports.

The firm announced a milestone for the two-seater, known as XB-1, or ‘Baby Boom’ when CEO Blake Scholl tweeted that the engines were on a truck and will arrive later this week.

Milestone coming up: XB-1 engines are on a truck and will arrive at @boomaero hangar within a week

The Baby Boom is a 1,687 mph jet designed to test the company’s supersonic technology in hopes that if successful, the company can transfer the technology to larger passenger jets. The Baby Boom has the ability to take passengers from New York to London in 3.5 hours, half the time it currently takes.

If the 55-seat plane is approved, the first passengers could be strapped into the jet traveling around the world by 2023.

According to reports obtained by Daily Mail, five unnamed airlines are interested in purchasing 76 of Boom’s 55-seater jetliners.