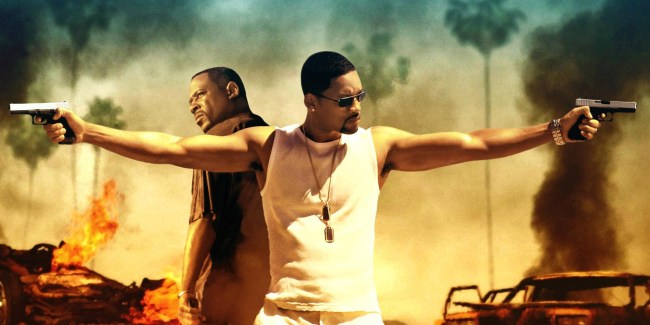 People are extremely stoked for Bad Boys 3 and rightfully so. Production only started on January 6th, but everyone is curious on what the third installment of the buddy cop classic will be like. Will Smith provided an inside peek at the filming of Bad Boys for Life that the fans have been begging for. Kinda.

A few weeks ago, Smith shared a video titled “Our First Week on Bad Boys For Life!”

The movie’s directors Adil El Arbi and Bilall Fallah may have been worried about spoilers about BBFL and maybe talked to will about potentially leaking anything about the movie on social media. So Will made sure his most recent video from the set of Bad Boys for Lif3 was spoiler-free. Smith captioned the Instagram video: “EXCLUSIVE FIRST LOOK at @BadBoys Script Reading. NO SPOILERS!”

The behind-the-scenes footage shows his co-star Martin Lawrence reading the script. But the faces of Lawrence and everyone else are blurred out. Most of the dialogue is also edited out. The only important detail left in is that Detective Mike Lowrey and Detective Marcus Burnett are back with the Miami Police Department. Production for the movie about the Miami cops has been in Atlanta thus far.

Joe Pantoliano will be back as Captain Howard and the film also stars Vanessa Hudgens, Alexander Ludwig, and Charles Melton.

The cast will also include DJ Khaled.

The synopsis of Bad Boys 3: “Miami PD and its elite AMMO team attempt to take down Armando Armas (Jacob Scipio), head of a drug cartel. Armando is a cold-blooded killer with a vicious, taunting nature. He is committed to the work of the cartel and is dispatched by his mother to kill Mike (Will Smith). Nuñez will take on the role of Rite, the tough and funny criminal psychologist who is the newly appointed head of AMMO and Mike’s former girlfriend- and the one who got away.”