Balcony Packed With Partygoers Collapses Under Their Weight In Shocking Video 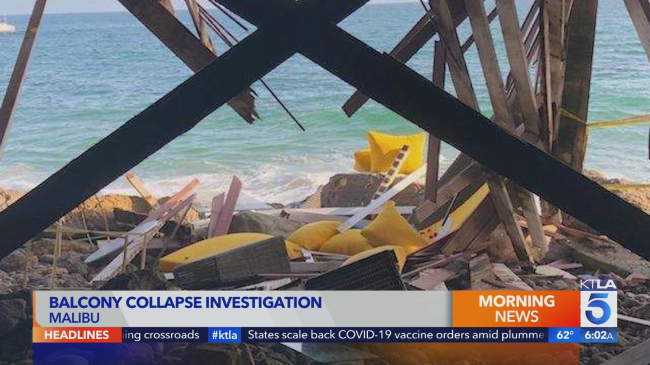 A balcony at a home in Malibu, Calif. filled with partygoers collapsed under the weight of the many people Saturday evening and the whole thing was caught on a neighboring property’s security camera.

According to KTLA 5 News, approximately 10 to 15 people were on the balcony when it collapsed onto the rocks and boulders 10 to 15 feet below.

Firefighters are on the scene of a balcony collapse at 20526
Pacific Coast Highway in Malibu where five patients have suffered traumatic injuries, the Los Angeles County Fire Department says.https://t.co/B2wHD2wjIn pic.twitter.com/qTv6c6yVJz

Nine people were evaluated for injuries with four having to be hospitalized.

“(There were) probably like 10 people on the back deck and we heard a crack and I literally saw all of my best friends and my girlfriend fall 15 feet to the rocks,” one man told ABC 7 News. “It was a freak accident. I don’t know how that happens … the deck literally just gave out.”

The owner of the property who rented out the home for the weekend says she was told there would only be no more than six people in the house, and had made it clear there were to be no parties. When a neighbor reported to the owner that there was a party taking place with more than 30 people in attendance they say they spent three hours calling and trying to get the partiers to leave.

BALCONY COLLAPSE: Almost a dozen people were injured after a balcony collapsed during a gathering at a home in Malibu, sending them onto rocks below Saturday evening, fire officials said.https://t.co/EjVRcCYEsE

Investigators blamed the balcony’s integrity combined with the weight of so many people for the collapse. They have since declared the home to be uninhabitable.

“Down below are jagged rocks, large rocks, so a very dangerous situation and fortunately, no one was hurt seriously or killed,” said Los Angeles County Fire Department Captain Ron Haralson.

How lucky is this dude? 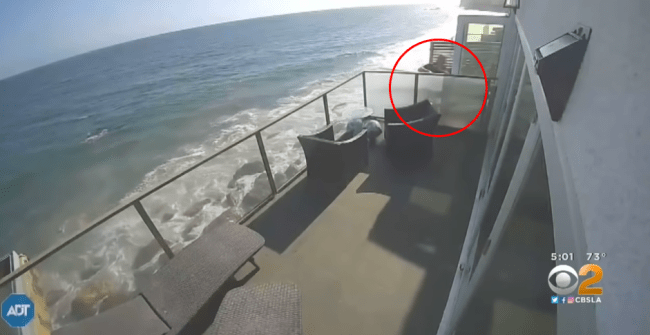