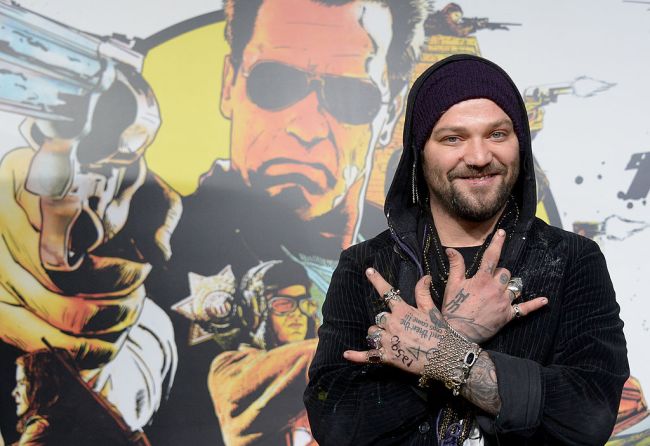 Last week, Bam Margera spent his 42nd birthday in a rehab facility after Florida police responded to a report of an “emotionally disturbed person” at the Don CeSar Hotel in the Tampa area.

Bam was reportedly “acting out of control” and authorities found that he had a legal order against him that necessitated the cops take him to rehab.

The (ex) Jackass star is now dishing his side of the story, telling TMZ that he was photographed with a drink in his hand at a Florida casino, killing time after his wife and son’s flight was delayed to link up with him.

Fans posted photos with Bam on social media, and a panicked loved one allegedly contacted the authorities. TMZ also reports that Bam “threatened to jump off a bridge,” a claim Bam says was a misunderstanding.

After spending 140 days in a facility in Arizona for his manic bipolar disorder, Margera says he’s back in rehab for another 60 days, motivated to work on himself so he can see his son and get back to filming.

The news comes in the wake of Bam’s wife of eight years, Nicole Boyd, filing papers to seek full custody of the couple’s 3-year-old son, Phoenix Wolf. According to court docs, Boyd is willing to give Bam visitation, but only with a monitor who must be approved by her.

I can’t imagine this latest debacle will help Bam’s familial cause much.