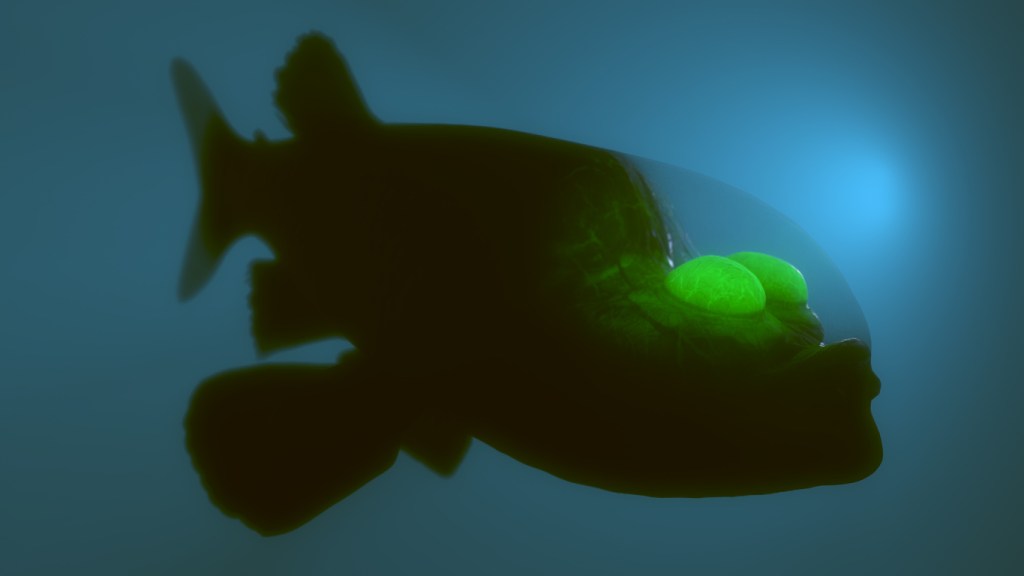 The barreleye fish (Macropinna microstoma) has to be on the Mt. Rushmore of Weird Looking Fish. It has a translucent forehead and tubular eyes and when light is shined on this strange fish you can basically see into its brain as if someone replaced its skin and put in a glass window to see inside.

This deep-sea fish spends most of its life so deep that it is virtually never seen by people. Their life is mostly spent hanging motionless between 2,000 and 2,800 feet below the surface. Its peculiar eyes “rotate like binoculars” to spot prey.

That depth the barreleye fish lives at (600 to 800 meters / 2,000 to 2,600 feet) is called the Twilight Zone as there’s barely any light at all, only about 1% of light penetrates the top of the zone and it disappears by the bottom.

MBARI researchers captured footage of this fish and it’s truly out of this world. Let’s check it out.

The @MontereyAq team was aboard MBARI’s R/V Rachel Carson with our ROV Ventana to collect jellies and comb jellies for their upcoming #IntoTheDeep exhibition when they spotted this fascinating fish. The team stopped to marvel at Macropinna before it swam away. pic.twitter.com/xfv0HqlHrO

MBARI’s ROVs Ventana and Doc Ricketts have logged more than 5,600 dives and recorded more than 27,600 hours of video—yet we’ve only encountered this fish nine times! pic.twitter.com/WNdVLClEoj

They spotted the barreleye fish on an expedition to collect deep-sea jellies for MBARI research. This species “has a strong digestive system” and feeds heavily on jellies so it would make sense that it was hanging around waiting for the same species the researchers were waiting for.

This species has been known to researchers since 1939 but it wasn’t photographed for the first time until 2004. And MBARI researchers have only ever encountered the barreleye fish 9 times in history. It’s as rare as it gets.

There sure have been some wild creatures showing up in the oceans lately. This Blue Sea Dragon recently went viral on TikTok after it was spotted in Australia. MBARI researchers also spotted one of the rarest jellies on the planet recently, one that has legs up too 33-feet long.