Bartender Who Scammed ATMs Out Of $1.6 Million And Partied That Cash Down The Drain Shares Stories From His Wild Ride 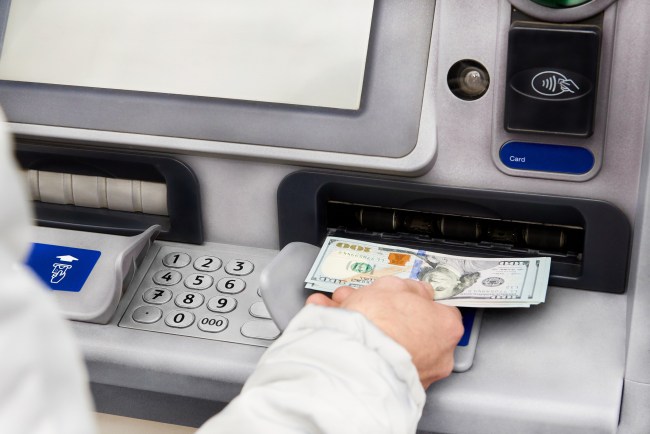 Maybe it’s that I haven’t really done anything useful with my brain in months or perhaps I’m not as smart as I think I am (the real answer is ‘both’) but I can’t really wrap my mind around this ATM scam a bartender in Australia pulled off.

The guy, Dan Saunders, was out drinking in his hometown of Wangaratta in Australia when he tried to check his balance at an ATM. This resulted in an error which he was able to use to withdraw money ‘way beyond his balance’.

In total, he spent $1.6 MILLION partying with cash he’d materialized out of thin air from this weird loophole that’s explained below and dropped cash on chartered jets, parties, friend’s college tuition, and continued to spend up a storm until the cops tracked him down. VICE caught him for an interview. Let’s start with his explanation of how he got all of this cash:

Well I was out for the night, trying to get a balance on my account but it kept on giving the message “balance unavailable at this time.” So I transferred $200 from my credit account to my savings and it said “transaction canceled” and spat the card out. I thought that was super odd, so I decided to try and get $200 out of my savings account just to see what would happen. It gave me the money so I went back to the bar and continued drinking.

After I left the bar I was walking home past the same ATM. I’d been thinking about how odd the whole thing was so I put the card in again and started playing around. I transferred another $200 and got the money out. Then $500, then $600, just to see what would happen. I think it was a combination of being tipsy and bored but I just pushed the envelope and tried again and again. It was like a magic trick.

Well the next morning I figured I must have dreamed the whole thing. But lo and behold, the money was in the wallet next to me. So I called to get a balance on my savings account, which was now $2,000 in debt. I figured there was a lag between what the ATM gave me and what my bank balance was, which meant that whatever I spent, I could cover it by doing a simple transfer every night between my credit account and my savings. I could “create” the money by doing a transfer between 1 and 3 in the morning, which is when I realized ATMs go offline. (via VICE)

I’ve read this description at least ten times and I’m still not understanding how he was able to create money out of thin air. I get that a lag was used and he exploited something within the system but this just isn’t computing in my head right now.

As things stand, I’ll just accept that he made a bunch of free cash, $1.6 million to be exact, and went on an outlandish spending spree with his friends. Here he is talking about how he’d spend his money.

Is partying like that as fun as everyone thinks?
Yes. If you have imagination and money, you’re able to help people live their wildest dreams. It’s a super addictive fun thing to do, especially when the money literally comes from “thin air.”

People who think you’ve got money, they treat you differently. If a guy realizes you’ve got a lot of money, he’s suddenly going to pitch an idea to make even more money. And then with the opposite sex, it attracts people even more. For example, I can remember going to the bank to get some money out and the lady behind the counter saw my balance and her whole attitude just changed. She was suddenly in awe of this guy who had millions of dollars in his bank account. That’s what it’s like to be rich. People change their thinking about you and change their demeanor.

And what about your friends? What did they think about this?
Some of my friends were like, “You shouldn’t be doing this, I don’t want any part of it,” but most of them didn’t say that. Most of them were like, “Okay, you’re that kind of guy who likes to ride the wave. I get what you’re doing. We’ll come along for a bit of the ride.” And others were egging me on as well saying, “You can do this, you can do that.” (via VICE)

He says he didn’t tell his family anything about what was happening. He’d tell most people that he was an investment banker or in real estate. The guilt started to catch up, however. He said he had a dream at one point that the SWAT team was outside of his hotel room and he woke up in a pool of sweat.

His scam went on for 4.5 months while he pulled out $1.6 million from the ATM but he wanted to turn himself in. He contacted the bank in June and July 2011 but they told him “It’s a police matter now we can’t talk to you.” Which led to A LONG period of extreme anxiety and guilt. He was even turned away by one psychiatrist who told him he wasn’t qualified to handle such a thing.

This quote about how he felt about the money is pretty interesting and goes a long way in explaining how he kept this going for so damn long:

Do you feel like you ripped anyone off while doing this?
I didn’t think the money actually existed until I’d bought something with it or transferred it somewhere. Up until that point it was literally just numbers on a screen. I knew that no one thought it was missing, so my thinking was that it never existed in the first place. The rationale was that I wasn’t taking anyone’s money. (via VICE)

The most insane aspect of this entire case to me is how when it came to his eventual day in court he got off pretty easy, all things considered. He says that nobody in the courtroom understood what had happened, not the judge or prosecutor, and the bank didn’t provide very much evidence, so they just hit him with a 1-year prison sentence and 18-months of community service.

These days he’s back to being a bartender which apparently pays out $22/hour wherever he’s at in Australia. He told VICE he felt like Macaulay Culkin in Home Alone 2 where ‘you’re hot one minute, and then you’re sort of not the next’ which I 100% understand for a guy who blew $1.6 million partying his ass off over half a year before being crippled with guilt to the point that he turned himself in.

If you want to read the full interview, you can click here to check that out on VICE.