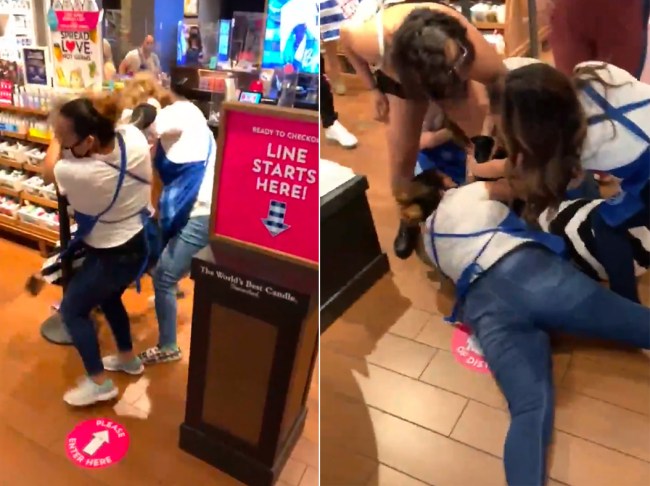 Two women were charged after an insane brawl went down at an Arizona Bath & Body Works on Saturday, according to the Arizona Republic. The feud began when one customer was accused the other of cutting in front of her in line and then employees got involved.

Witness Genevieve Denslow told the Arizona Republic that one customer “was standing too close to the African American lady who had a child with her” and that a racial issue didn’t start the fight but racial slurs did occur during the altercation.

“I was shopping and heard all the arguing so I went to that part of the store. The lady in black threw a bag at the African American lady and then that’s when all the pushing and hitting started,” said Denslow.

Watch these Karens go wild and marvel at how no candles were injured in the tussle.

The footage was posted to Twitter by Denslow and the video has been view over 10M times since Saturday.

The Arizona Republic is reporting that two female suspects have been criminally charged in the altercation but police did not identify which two were charged.