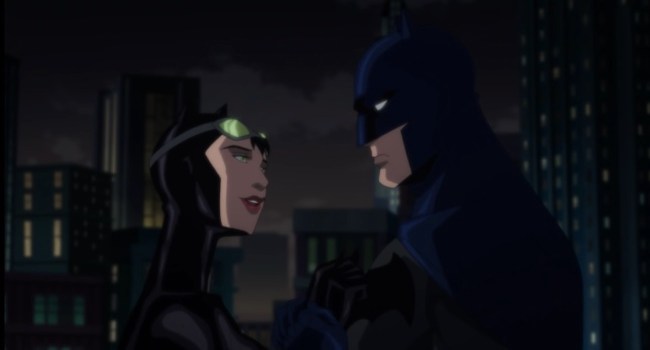 Today is my two-year anniversary here at BroBible. Cheers to all three of us: you, me, and this wonderful website.

And what better to celebrate this job I love so dearly than by writing an article that illustrates *exactly* why it’s such a joy: an article about Batman, my favorite fictional character, and the current controversy surrounding whether or not he eats box. Cat Box.

But, at the same time, the Batman they’re marketing to children certainly doesn’t represent the audience that’s tuning into Harley Quinn. At least if the parents have any semblance of control over their child’s streaming habits. We’re talking about a character who dresses up in a quarter-ton of Bat-themed armor every night to leap across buildings and dropkick usually mentally ill criminals into Bolivian (this is an old internet joke, please don’t @ me if you don’t get it). And don’t even get me started on Catwoman: this is a woman who essentially dresses like a dominatrix in the streets so imagine what she’s into when it comes to the sheets. I know this: she certainly ain’t letting Bruce get away with being a selfish lover. Aren’t superheroes supposed to be the epitome of selflessness, anyway?

Enough outta me, though, as I promised the definitive take on the issue from someone who’s actually written the character, not mine (although, check back with me in a decade or so and maybe that’ll be a different story).

Tze Chun, a writer and director who served as a writer on Fox’s series Gotham, stopped the “does Batman eat box?” dead in its track with this absolutely glorious take:

The best response to the “does Batman go down?” controversy 😂 pic.twitter.com/dQLFFvGgF8

Not to mention, back when I got to interview Zack Snyder a few months back (another reason why I love this job — being able to interview people whose art I admire), I asked him what he thinks the most misunderstood aspect of Batman is, which prompted him to deliver the equally electric line: “I like a Batman that fucks to forget.”

“There’s a couple of sort of philosophical approaches you could take to Batman, and ‘monk warrior’ was not the way I went,” Snyder told BroBible. “And I just think that — I always liked the Batman that fucks to forget. I like him when Bruce Wayne is broken. He uses sex and drugs — not drugs, maybe painkillers, and alcohol, too. To numb himself. The only time he’s really happy or not happy, but at ease, is in the Batsuit. Being Batman is the only way to dull the pain of what happened to him as a child. And then frankly, what happened to him, with pretty much a lot of his loved ones, apparently anyone who Batman loves, he loses.”

There you have it, folks, it’s been settled: Batman fucks. Big time.