Batman Absolutely DOES NOT Go Down On Women, According To DC Comics 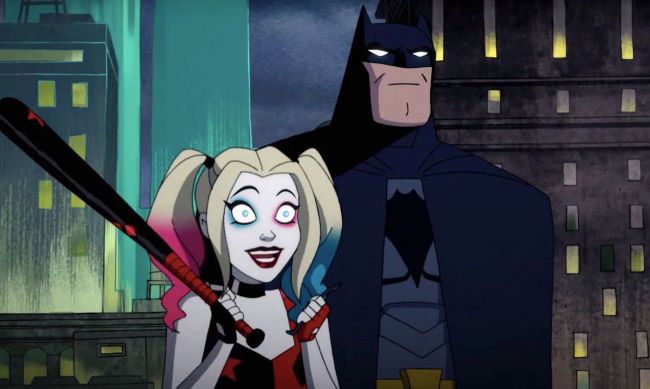 Thanks to a truly remarkable and joyous report from Variety, it’s been revealed that DC Comics asked the writers of HBO Max’s excellent Harley Quinn series to remove a scene that featured Batman going down on Catwoman because, and I quote, “heroes don’t do that”:

“It’s incredibly gratifying and free to be using characters that are considered villains because you just have so much more leeway,” said co-creator and executive producer Justin Halpern. “A perfect example of that is in this third season of ‘Harley’ [when] we had a moment where Batman was going down on Catwoman. And DC was like, ‘You can’t do that. You absolutely cannot do that.’ They’re like, ‘Heroes don’t do that.’ So, we said, ‘Are you saying heroes are just selfish lovers?’ They were like, ‘No, it’s that we sell consumer toys for heroes. It’s hard to sell a toy if Batman is also going down on someone.’”

RELATED: Former ‘Gotham’ Writer Delivers Definitive Take On Whether Or Not Batman Goes Down On Catwoman

Funnily enough, when we had the chance to interview Batman v. Superman: Dawn of Justice director Zack Snyder earlier this year, we actually talked about the most misunderstood aspect of Batman, which prompted Snyder to mention that he prefers his version of Bruce Wayne to be sexually active. Or, as Snyder so eloquently put it, he likes a Batman that “fucks to forget:

“There’s a couple of sort of philosophical approaches you could take to Batman, and ‘monk warrior’ was not the way I went,” Snyder told BroBible. “And I just think that — I always liked the Batman that fucks to forget. I like him when Bruce Wayne is broken. He uses sex and drugs — not drugs, maybe painkillers, and alcohol, too. To numb himself. The only time he’s really happy or not happy, but at ease, is in the Batsuit. Being Batman is the only way to dull the pain of what happened to him as a child. And then frankly, what happened to him, with pretty much a lot of his loved ones, apparently anyone who Batman loves, he loses.”

We, as a society, must simply accept that Batman FUCKS. It’s 2021, after all. It’s long past time to be sex-positive, DC.

RELATED: Zack Snyder On The Most Misunderstood Aspect Of Batman: “I Like The Batman That F–s To Forget”