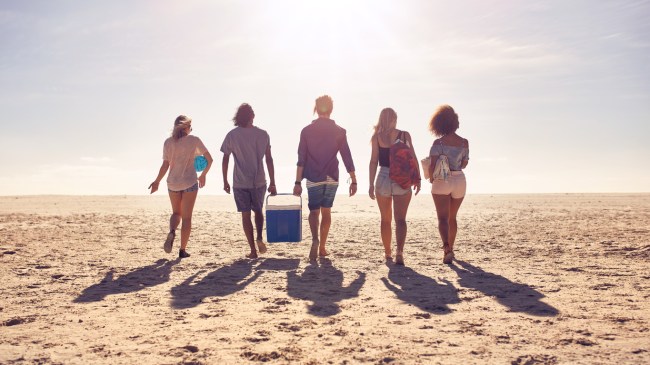 Beach days vs. Lake days – A summertime debate as old as time.

Since moving from the Midwest to San Diego, I’ve now had the opportunity of experiencing both lake days and beach days. I’m talking about those days where you spend all day next to or out on the water without a care in the world.  Both are great in their own way, but there are some differences.  Here they are.

Beaches: In reality, you can get away with just bringing some sunscreen, a beach towel, and some shades dark enough to hide your wandering eyes and you’ll be golden.  If you really want a strong prep, though, you’re going to want to add a lawn chair, an umbrella, headphones, a magazine/book and a small cooler with some snacks that are free of sand.

Lakes: A common theme you’ll notice with lakes is that in order to really enjoy a lake you need to know someone with a boat or cabin on the lake.  This means that you’ll most likely be with some older adults that own the boat or cabin, because student loans.  This leads to a very little amount of prep work for yourself, as long as you don’t own the boat or cabin–which you don’t.  All you need to really bring is your swim trunks, make sure the boat has enough life vests for people on board, and an extra cooler of beer.

Winner:  Lakes – As long as you don’t own the boat or lake house, all you really need to do is show up.  The hosts usually even pack the cooler and feed you for free.

Related: The Best Coolers For The Money

Beaches:  If you’re alone you can bring along some headphones and relax listening to your own personal tunes. If you’re just going to take your chances on someone else playing music at the beach, you’ll probably be listening to some reggae-predominantly Bob Marley.

Lake: It depends on the boat owner’s taste in music, but most likely you’ll be listening to some classic rock. Just think–Billy Squier’s “The Stroke” as loud as the boat speakers go.

Winner: Lake – There’s something so enjoyable about hearing some old tunes you haven’t heard in forever while cruising over a lake, and it’s good to hear some music that’s not your own every once in a while.  It gives you variety. 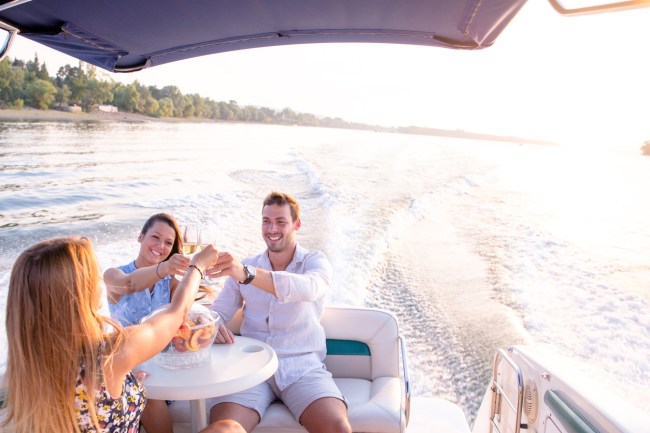 Beaches:  Unlike the lake, this can be a solo mission.  There’s nothing wrong with grabbing some sand and relaxing on your own.  If you prefer some company, a guy can bring some Bros, girls can grab a gal pal to catch up on some gossip, or you can bring a romantic interest with you as well.

Lakes:  Unfortunately, you don’t always get to choose your crew on lake trips.  Sometimes the guy who has access to the boat or lake house isn’t really that fun of a guy to hang out with, but he’s got lake access.  If you’re with some older adults who actually own the boat (Aunt Kathy and Uncle Jim) you’ll be in good company. I’ve never met someone who owned a lake house or boat who didn’t want to have a good time on the lake.

Winner: Beaches – The beaches win because of the various options it gives you. It is rare, but every once in a while you may encounter the over entitled friend who thinks he bought the lake house himself, or he may just be a genuinely boring person. You pick your beach crew.

Beaches:  Enjoy a nice day of relaxation occasionally getting in the water every now and then to cool off or to catch a few waves. Listen to some music, catch up on some reading, and Instagram a sunset pic before you leave.

Maybe a little bit of CHIPPO or Spikeball or some other game for good measure. 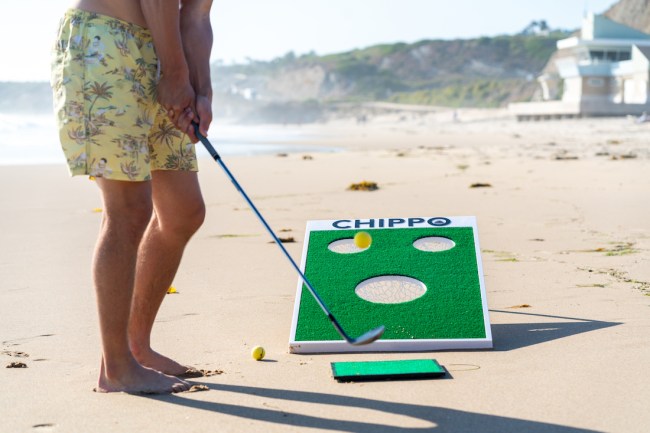 Lakes: You wake up early to get on the boat (preferably a pontoon boat) with a cooler full of lunch meat and enough beer to develop a drinking problem. After a few beers you’ll decide that tubing is a good idea. This guy that Uncle Jim knows, named Rick, tells you he’ll give you a nice and easy ride on the tube. Naively, you get on the tube and after about 20 seconds of easy riding Rick hits the throttle and begins to sharply zig-zag you behind the boat until you whiplash into the water, which at that speed feels like concrete glass. You’ll get back on the boat listening to Rick’s maniacal laugh, but you’ll smile and Rick will toss you a free beer from his cooler. You’ll conclude the day back at the cabin where you’ll feast on some food from the grill and grab a few more beers around a late night bonfire.

Winner: Lakes – Being on a lake always seems to lead to more activities which leads to more memories.

Beaches: People put ‘see the ocean’ on their bucket list. People ask other people if they’ve been to the ocean. No one has flown to South Dakota just to say they saw Lake Vermillion.

Lakes: There are some beautiful and gigantic lakes, but for the most part lakes aren’t solely thought of for their beauty.

Winner: Beaches – You’ve got a peaceful sunrise over the ocean in the Atlantic and a gorgeous sunset in the Pacific–not to mention the beach bodies in the summer.

Beaches: It’s a little tricky to drink alongside the ocean at most places because so many beaches have anti-drinking rules now. These rules leave you stuck drinking warm liquor out of a coffee mug while you constantly look over your back for the lifeguard. I’m an adult. If I want to enjoy a Corona and lime on an ocean beach like they show in every single one of their commercials I should be able to. If you really want to drink on the beach you have to go down to Mexico. Mexico does a lot of things wrong, but they do beaches right.

Lakes:  There’s nothing better than reaching into a cooler on a hot day, grabbing an ice cold beer, and nestling it into a welcoming koozie. In a strange phenomenon, drinking on a boat is one of the only two places in the world where you can drink all day and not feel drunk.  The only other place is at an O’Douls’ kegger. Once you’re at the lake cabin, those beers you weren’t feeling from before will start to catch up to you, but it’s all good, you’re crashing at the lake cabin.

Winner: Lakes – Lakes are one of the few places you’ll see people of every single age group more drunk than they should be for their own respective age.

Lakes win the overall contest and here’s why:  Beach days are like drinking a fine wine–it tastes great and everything, but nothing really happens while you’re drinking it. A Lake day is like a dented 30 pack of Natty Light–everything might not look perfect, but it gets the job done. Beach days are something you tell people you did, but lake days lead to stories you tell people about years down the road.