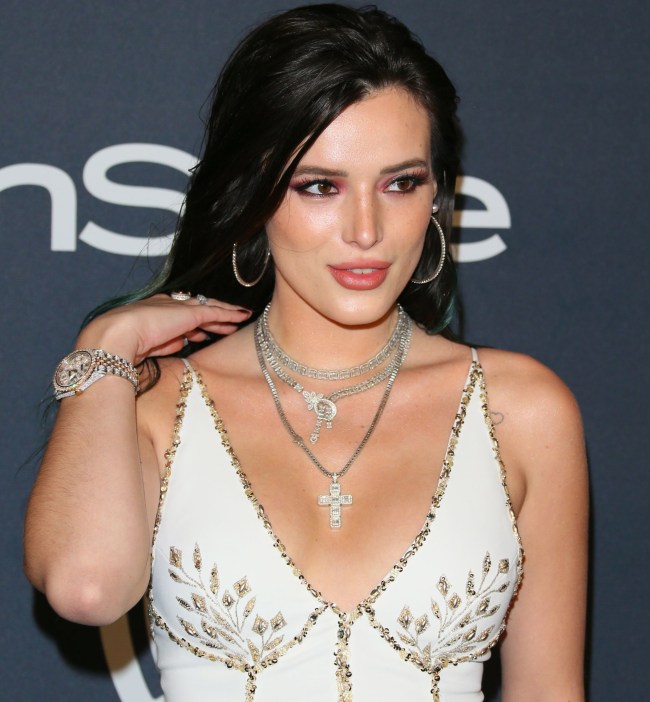 The Thorne, who is charging $20 a month to subscribe (marked down to $102 if one signs up for six months in advance), made the announcement with a video on Instagram.

Fans also have the option to purchase gifts for Thorne from her Amazon Wish List such as a $99.99 dog bed, a liquor dispenser, and a Santa Claus inflatable. You know, the essentials.

Talking about the move to OnlyFans with Paper magazine, Thorne said, “OnlyFans is the first platform where I can fully control my image; without censorship, without judgement, and without being bullied online for being me.”

A press release announcing Thorne’s new OnlyFans account predicted this move will be very profitable for the actress, “With safe estimates earning Bella $1 million a month.”

Thorne will also reportedly star in a documentary chronicling her experiences using OnlyFans.

The project will be led by filmmaker Sean Baker of Starlet, Tangerine, and The Florida Project fame.

The 22-year-old actress told Paper she is a “huge fan” of Baker’s work and that she shares “the same vision of the movie being a conversation starter for many important topics.”

Thorne first came to fame starring alongside Zendaya on the Disney Channel sitcom Shake It Up from 2010 to 2013.