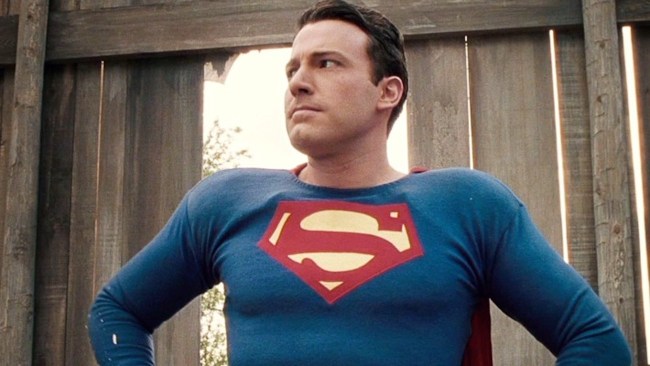 Ben Affleck has one of the most fascinating careers in modern Hollywood history, as it’s been full of peaks and valleys, rises and falls, stops and starts.

He was king of the world in the late 90s following Good Will Hunting and Armageddon but then fell off the map in the early 2000s due to a handful of box office bombs. He then made his comeback as an acclaimed director with films such as The Town and the Oscar-winning Argo before signing on to play Batman in the DCEU.  Now, with his superhero career behind him, Affleck seems to be returning to character-driven roles such as the ones he played in The Way Back, The Last Duel, and The Tender Bar.

As it turns out, though, Affleck’s career almost took a *much* different path, as Clerks director Kevin Smith recently revealed he attempted to cast Affleck as Superman back in the 90s.

Warner Bros. was in development on a new “Superman” movie titled “Superman Reborn,” but Smith thought the screenplay was “terrible.” That’s when Smith pitched his own “Superman” movie based on “The Death of Superman” comic series. Smith’s script went into development with producer Jon Peters, but the two clashed over casting.

“I was writing it for Affleck,” Smith said. “Ben was heating up. Like he was there. I think he’d been hired for Armageddon. Affleck, he’s a fucking giant, like he’s built like a superhero, built like a giant action figure, particularly with the height. And then he puts on the muscles there too. So in my head and heart, it was always Ben and Michael Rooker (as Lex Luthor).” [via Variety]

While Affleck never portrayed the Man of Steel in an official Superman movie, he did ultimately play George Reeves, the star of the 1951 film Superman and the Mole Men and TV series Adventures of Superman, in the 2006 film Hollywoodland. Then, of course, he went on to play Batman in three DCEU films — Batman v. Superman: Dawn of Justice, Suicide Squad, and Justice League — with a fourth and final appearance in The Flash set to come later this year.

RELATED: Ben Affleck Rips The Academy For Not Nominating His Acting Or Directing In ‘Argo’, Which Won Best Picture