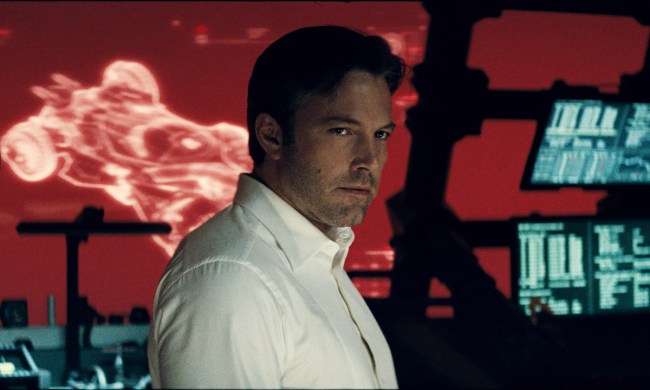 James Gunn and DC made more bombshell news on Wednesday night when the new DC Studios co-CEO announced their plans for Superman.

First and foremost, Henry Cavill is out. Cavill himself has since taken to Instagram to acknowledge that his time as the Man of Steel has come to an end. Furthermore, Gunn himself will be writing the next Superman film, which will *not* be an origin story and will center on Clark Kent’s early days as a reporter in Metropolis.

Among those on the slate is Superman. In the initial stages, our story will be focusing on an earlier part of Superman's life, so the character will not be played by Henry Cavill.

And while all of that is obviously seismic comic book movie news, the portion of Gunn’s Twitter thread that perhaps has fans most excited was the tidbit that Academy Award-winning director and former/current Batman actor Ben Affleck wants to direct something for the studio. And this isn’t just hearsay, either, as it came from Gunn himself.

Met with Ben yesterday precisely because he wants to direct & we want him to direct; we just have to find the right project. https://t.co/Haz1APdlVN

Given Affleck’s pedigree as a director and his previous attachment to Batman, fans were obviously excited to hear that Affleck could work his way back into the DC fold as a filmmaker.

IF CAVILL IS THE COST OF A BEN AFFLECK BATMAN MOVIE, I WILL ACCEPT IT https://t.co/dlKizxeGU3

Maybe he will direct a batman film after all https://t.co/cPZ8HsvIQi

amazing news. The Town, Argo and Gone Baby Gone are all 8/10 and above for me. i love his directorial stuff so much https://t.co/IjiJ6MLL5X

He deserves his batfleck movie https://t.co/Zc6k0e9Xhf

Given that reports indicate Matt Reeves’ and Robert Pattinson’s version of Batman is going to remain separate from the DCU, that does open the door for the need for another filmmaker to shepherd a different version of the Dark Knight into the newly forming universe.

Outside of any Gotham City-related project, though, it would perhaps be interesting to see Affleck tackle a Green Lantern film given his track record of working with ensemble casts (like in the Best Picture-winning Argo or the beloved crime-drama The Town, for example).

As per Gunn, fans will have a better idea of what the future of the DCU looks like come early January when the studio’s plans are revealed to the public. Given the leaks that Warner Bros. have been experiencing in recent weeks and months, though, it wouldn’t surprise anyone if we got some news before then.

RELATED: Margot Robbie Wants Her Harley Quinn To Hook Up With Poison Ivy (Plus Who We Think Should Play Ivy)