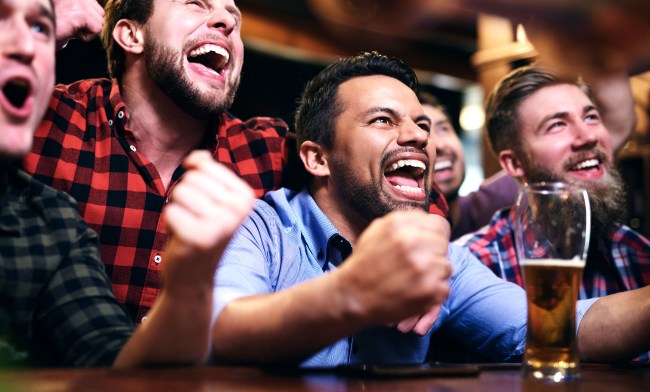 A new episode of The Brilliantly Dumb Show has been released and this week we took on a brutally tough task of ranking the Top 5 bar foods. We all love bar foods, but certain ones hit different at different times, and some may base their order at a bar solely off the type of game that they are watching or even the magnitude of that particular game. Or you’re just a confirmed beer and nachos guy regardless of the time of day, what game is going on, or what bar you’re at. I am sure this will be up for debate, but here is me taking a stab at what I think is a sure Top 5 here in the bar scene.

I really think mozzarella sticks are not getting the credit they deserve nowadays and that’s a crying shame. What used to be an instant classic is now starting to fade away right before our eyes. Nobody is talking about mozzarella sticks the way we did in the early 2000s and that needs to change. A true pioneer in the bar scene and a damn good one at that.

Nachos have always been a numbers game to me and the bars that can perfect that number are the ones that are truly winning. The chip to bean ration followed by the bean to cheese ratio followed by the cheese to sour cream ratio is one that when done right, will rock your world. You most likely won’t find me sitting at a bar with a guy that is not a nachos guy.

What a food. A good or bad pizza to start your night at a bar can set the tone for your entire evening. Nothing smacks like a good pizza when done right as it’s a food that is a sure thing for our Top 5. No debates here.

It’s hard to make a bad hamburger, it really is. A good hamburger at a bar on a Sunday makes watching a New York Jets weekly loss not nearly as bad for me as it usually is. I will tip my cap to any food item that can do that.

Something about the art of the chicken wing just fascinates me. There are so many different techniques and styles of wing-eating that gives me no choice but to give wings the No. 1 slot here. When you think the only debate in wing eating is flats or drums you’re wrong. Do you go with the side of ranch or do you hammer down on the side of blue cheese? Carrots or celery? I’ll let the folks reading this debate that, but regardless these types of debates and conversations are what makes chicken wings a sure thing to be awarded the title of ultimate bar food.

For more random shit like this, be sure to subscribe to The Brilliantly Dumb Show on YouTube and all other streaming platforms. On this week’s Patreon episode we also brought in our dear BroBible colleague Francis Ellis to discuss his career at Barstool Sports and what led him to the light here at BroBible.