Ranking The Joker’s Best Moments In ‘The Dark Knight’ 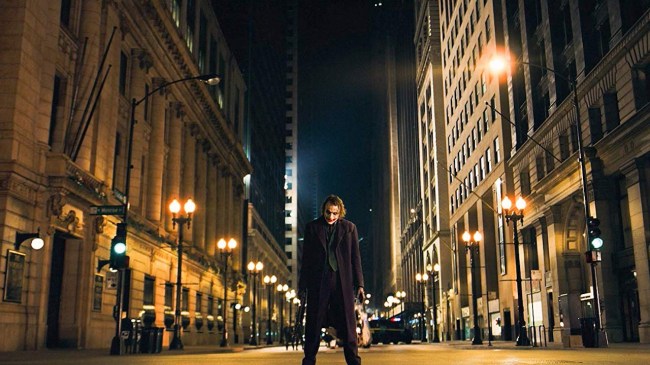 Despite the seemingly endless stream of comic book movies that are released into the world year by year, there’s still one that reigns supreme as the undisputed king: the masterpiece that is The Dark Knight.

Released on July 18, 2008, The Dark Knight received unprecedented levels of adulation, as it’s not only a beloved comic book film but widely revered as one of the best films of the 21st century, period.

And as we all know, most of that widespread adoration is due to Heath Ledger’s once-in-a-lifetime portrayal of the Joker.

Transcending villainy, the utterly complete performance put in by Ledger has since become synonymous with the word evil, as this version of the Joker is now seen as the archetypal villain.

The performance has long been recognized as generation-defining, as it remains the only comic book movie performance in history to win an Academy Award for acting, with Ledger famously — and tragically — earning a posthumous victory for Best Supporting Actor.

So, in celebration of yet another anniversary of the release of The Dark Knight, we’ve gone backed and ranked the Joker’s top seven moments in the seminal film.

7. The Escape From GCPD

Sandwiched in between the film’s two best moments, the Joker’s escape from the Gotham City Police Department further demonstrates that the Joker is not merely just a rabid dog let off the leash, but a forward-thinking tactician with the ability to devise and execute a plan that can simultaneously outsmart and kill a bunch of police officers.

Christopher Nolan wasted no time introducing the audience to both the psychosis and the manic brilliance of the Joker, unleashing one of the film’s finest set pieces to kick the movie off.

As legend has it, the filming of this scene was the first time that Michael Caine saw Heath Ledger in full Joker make-up, both causing his genuinely shocked expression and the forgetting of his lines.

In a room full of murderous gangsters who wanted him dead, the Joker dropped his nuts on the table, proving that he was far more than a war-paint-wearing anarchist.

3. The Assault On Harvey Dent

Between the rocket launcher, the Bat-Pod, and the instantly-legendary “HIT ME” face-off in the middle of Gotham, Joker’s assault on Harvey Dent’s caravan is arguably the film’s biggest adrenaline rush-inducing moment.

What makes the tragic passing of Heath Ledger particularly painful to Batman fans such as myself is that we never got to see his Joker interact with other iconic Batman villains. Except for this one.

The heart and soul of The Dark Knight, the face-off between Batman and Joker in the GCPD interrogation room is the defining moment of one of the greatest movies ever made. Enough said.