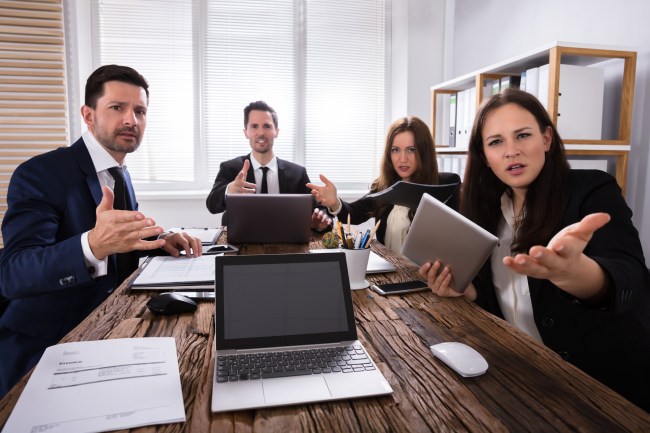 I’ve only ever called out of work with an excuse once in my life and it was back in college. At the time, I wanted to spend the day on the boat instead of working in retail so I called in and gave the only possible excuse that I could think of: pinkeye. It didn’t occur to me at the time that pinkeye was something that actually plagues you for a like a week (I was drunk) and I’d unintentionally taken a week off instead of just the day.

These days I love my job and I have no reason to call out sick. And if I ever needed to it wouldn’t be a problem because we’re pretty chill here at BroBible, but that’s ABSOLUTELY not the case in most workplace environments.

This dude has gone viral on Twitter with what might be the greatest excuse ever used for getting out of work. He used Photoshop to make it look like he couldn’t make it into the office and it worked flawlessly:

Proudest moment of my life was photoshopping my tire being flat to get out of work, I really finessed pic.twitter.com/SaY6Z7Ctmg

Lots of people on Twitter, myself included (@casspa), were blown away by this man’s ingenuity.

This is my favorite part. He gave himself new rims. Not great rims, but they’re still new.

Finesse the system b4 it finesse you 🙏🏾

Apparently, Photoshop is a savior for people trying to get out of work.

He could’ve gone deeper with the Photoshops:

This is DARK. Dark but brilliant.

Once (or twice) in high school I manually typed out my boyfriend's name and address, taped it over mine on an old report card, then made a new copy on the same blue colored paper so we could both get into a theme park for free with my good grades. 😎

I found the picture you used 😂😂 pic.twitter.com/TZdvHiDMSI

I think we’re all thinking that Kate is saying:

In my humble opinion you should be promoted to CEO

This has me wondering about what the craziest ways people have gotten out of work over the years have been.

Shout out to this thread on Twitter for having some crazy excuses in it. If you’re trying to bail on work in the near future you should read through the comments in that thread.