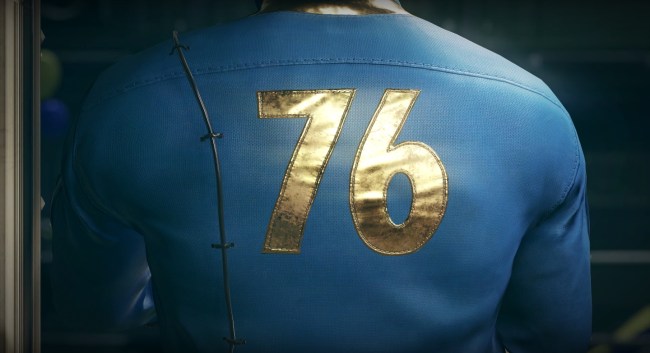 We have seen Sony block cross-platform play with Fortnite Battle Royale and now the company is putting a kibosh on cross-play on Fallout 76. Todd Howard, who is the Bethesda Game Studios director and creative leader of Fallout 76, put Sony on blast.

Howard told German gaming publication GameStar.de that the upcoming video game wouldn’t support cross-platform play. “We would love to do [cross-play] in Fallout 76, but right now that’s not possible. Sony is not as helpful as everyone would like.” Bethesda Studios had no further comment on the issue.

Last month at E3 2018, Bethesda released the trailer for the new Fallout game. The online, multiplayer survival game will be released on November 14th on the Microsoft Xbox One, Sony PlayStation 4, and Windows PC. But Sony will not allow for cross-play between the platforms.

In the past, Sony has made excuses why they wouldn’t support cross-platform play. The Japanese company nixed cross-play on Minecraft because it would not be able to guarantee a safe experience for all of its users. Back in September of 2017, when Fortnite was available to play between PS4 and Xbox One, Sony cited a “configuration issue” for not being able to cross-play. Epic Games quickly corrected it, yet to this day Sony does not allow their gamers to play against other consoles.

While Sony makes excuses, the real reason probably comes down to money. Last month, former Sony Online Entertainment head John Smedley said, “When I was at Sony, the stated reason internally for this was money. They didn’t like someone buying something on an Xbox and it being used on a PlayStation. Simple as that. Dumb reason, but there it is.” As with anything, it’s always about the money.