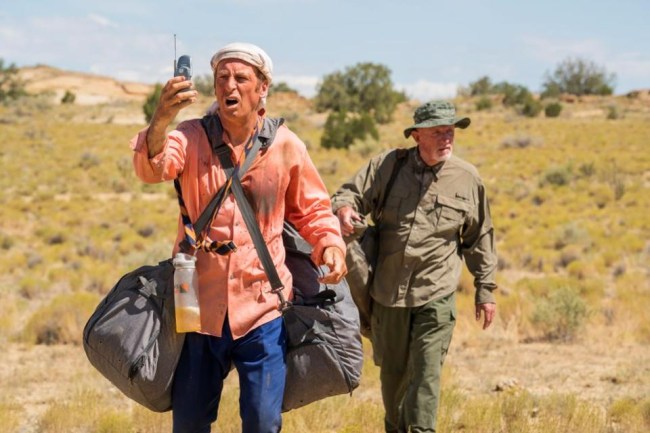 The quality of AMC’s Better Call Saul has gotten to such a point that the series is now being compared to Breaking Bad, the show that launched Vince Gilligan’s beautifully mad New Mexican drug cartel universe. Now, while I’m not quite ready to make such a proclamation yet, I am willing to say that Better Call Saul, totally separate from its connection to Breaking Bad, is one of the best series currently on television. Bob Odenkirk’s performance as Jimmy McGill turning into Saul Goodman has been a revelation, while Rhea Seehorn’s portrayal of Kim Wexler is arguably the best acting being done in the medium these days.

Still, no matter how successful Better Call Saul is or becomes, it will always owe a part of prosperity to Breaking Bad, perhaps even more than we realize.

In a recent interview with Collider, Better Call Saul showrunner Peter Gould revealed that this season’s highlight episode, “Bagman”, was actually cooked up while filming the final season of Breaking Bad.

“As the final season of Breaking Bad was in post, Vince and I used to take these long walks down the back alley at lunchtime. The back alleys of Burbank [are] some of the uglier streets in Los Angeles but somehow very conducive to conversation. We would just talk about what the show would be, and we got more and more excited. I have to say probably 85% of the things we talked about didn’t happen, but there’s a core of things we talked about that did happen, and one of the ones that excited me the most right at the beginning was the idea of doing a sort of Midnight Run episode with Jimmy and Mike. It took us 48 episodes to get there, it wasn’t until Season 5 that we got there, but we did get there I’m happy to say.” [via Collider]

The upcoming season of Better Call Saul — no word on when it will be released, though — will be its last. In fact, the series will run exactly one episode longer than its iconic predecessor, Breaking Bad.