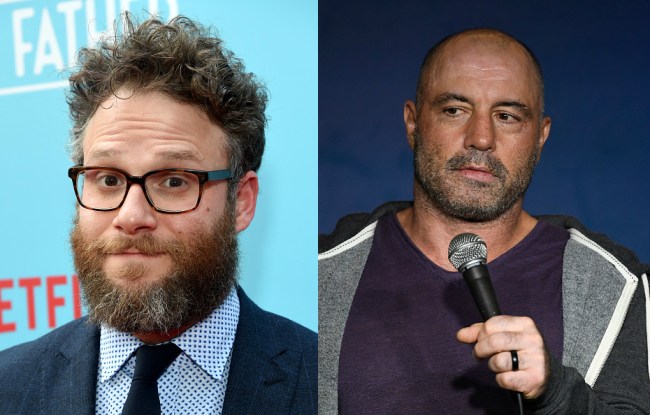 Last week, Joe Rogan interviewed his friend and fellow comedian Tony Hinchcliffe on the Joe Rogan Experience because that’s what Joe Rogan doe, he hosts his podcast, is a UFC commentator, and stand-up comedian. The two comedians got on the topic of afternoon tabloid talk shows, and how they are fake. Then they discuss the escalation of the Cash Me Outside girl.

“Dr. Phil has been on forever, right? He has a million guests, one girl comes on, she’s like, ‘Cash me ousside!” She becomes a multimillionaire. She’s huge. She’s famous. She sells makeup. She’s got a f*cking giant billboard on Sunset.” Bhad Bhabie has a net worth of $4 million.

“I’m gonna be honest with you, I listened to her rap album, and it is good,” Hinchcliffe adds.

Producer Jamie Vernon reminds the two comedians of the South Park episode that lampooned the Cash Me Outside girl and teens like her that appear on these TV shows with Cartman.

You can see the conversation about reality TV shows such as The Jerry Springer Show, Maury, and Dr. Phil at the 50-minute-mark.

Despite the flattering remarks Joe Rogan gave Bhad Bhabie, the Cash Me Outside girl responded by trashing Rogan. Bhad Bhabie, born Danielle Bregoli, shared a clip from the JRE with the caption: “ur right, thank u, I appreciate it. i still think ur movies suck though. knocked up was trash.”

ur right, thank u, I appreciate it 💕 i still think ur movies suck though. knocked up was trash

She’s got to be trolling. Right? RIGHT?!?!? We’re not certain if she is messing with Joe Rogan or if she honestly believes Joe Rogan is Seth Rogen, but since nobody knows for sure it is a bad look. This kind of disrespect might work with Woah Vicky, but it won’t work with Joe Rogan.