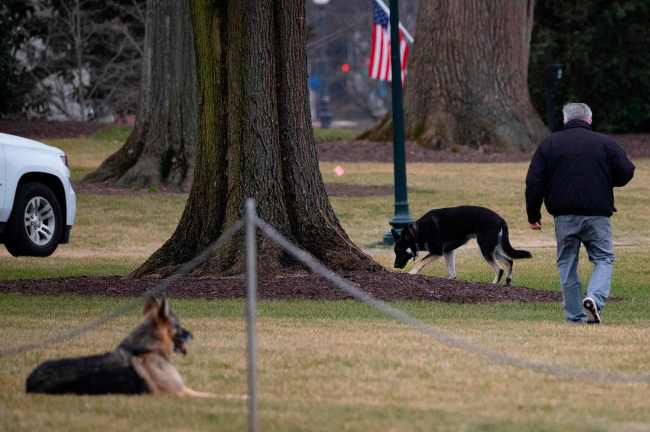 President Biden’s dogs have been given the boot due to a biting incident at the White House. Champ and Major, two enormous German Shepherds, have been sent back to Delaware:

A report published by CNN on Monday evening said that the dogs, Champ and Major, had been moved after Major had what one person described as a “biting incident” with a member of the White House’s security staff.

Of all the dogs to be bitten by, German Shepherds are right up there towards the top. Of course, pitbulls are in a league of their own, as we all know. There are pitbull bites, and then there’s everything else. But it’s German Shepherds, Rottweilers, Dobermans, Cane Corsos, and maybe some husky variants rounding out the list. Any dog that lists “personal security” as a skill/hobby on its Hinge profile is going to leave a few molars embedded in your femur. That’s just a Tuesday for these bad boys.

Major was part of a six-pup litter that had been exposed to toxins and were nursed back to health before the agency listed them for adoption.

So first, OBVIOUSLY, golf clap to the Bidens for adopting a rescue. Thank you for your service/too many dogs don’t have homes/blahhhhhhh blah blahbitty blah blah. NOW—exposed to toxins? Did I read that right? Do these dogs have… superpowers? Because if Major has retractable adamantium teeth and increased healing powers, I might even put him ahead of pitbulls on the list.

But probably not. Even a Wolverine shepherd is no match for a pitbull.

If you’re a fresh white house staffer or intern, and the President’s 120-pound German Shepherd bites you, what do you get, exactly? What’s the hush money for that dog bite? Has to be $10,000 cash, free lunches, and a commemorative NASA jacket at least. If you settled for anything less, you belong as a lifeguard.