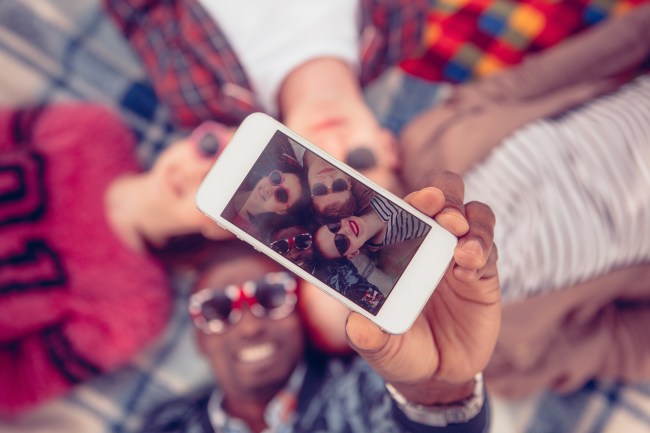 Selfies are a huge part of human culture. The act of taking a self-portrait is so monumental in human history people claim to be the inventor and will sacrifice pieces of art just to get the perfect shot. Some people even die in the name of momentary vanity.

The proliferation of selfies even caused a spike in plastic surgery, specifically rhinoplasty operations. An alarming 55% percent of facial plastic surgeons polled by the American Academy of Facial Plastic and Reconstructive Surgery reported meeting patients who specifically requested surgeries “to help them look better in selfies.”

Unfortunately, those individuals might be victims of trick photography. Researchers from Rutgers University and Stanford University recently published findings in the JAMA Facial Plastic Surgery journal that noses appear about 30 percent larger at one foot away than from five feet away.

Check this video from Vox explaining how the visual illusion distorts the way your face looks in selfies.

The simplest way to fix the “big nose” effect of selfies isn’t surgery but does involve photo doctoring. Researchers at Princeton University created a tool that alters the apparent distance and position of camera and subject after the photo. This all happens after the photo is taken.