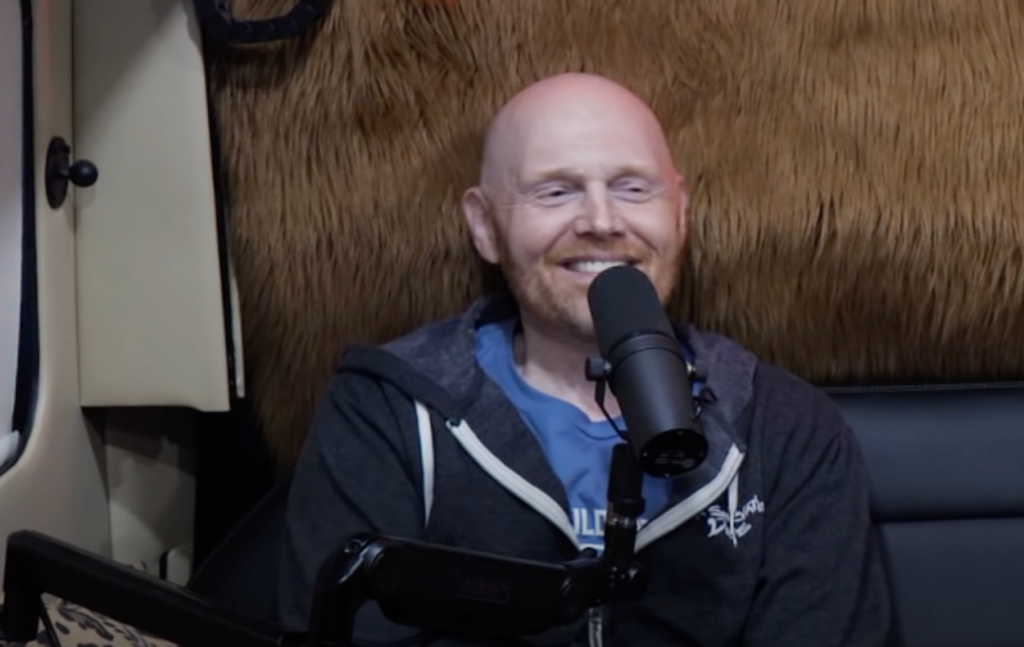 Comedian Bill Burr is one of the funniest comics in the business and has been for decades. His unpolished Boston attitude really shines through in his act and he’s one of the figures who has remained impervious to so-called ‘cancel culture’ over the years each time he’s said something perceived as offensive.

Steve-O brought Bill Burr on his Wild Ride! podcast this week and one of the questions Steve-O posed is when Bill will apologize for jokes, if ever. His response is pretty thorough and I’ve shared the video clip below as well as a transcript of the quotes if you’d rather read then watch the video.

The gist is yes, Bill Burr will apologize for jokes when he deems it necessary but he won’t kowtow to a mob for several reasons he discusses below. Check it out!

Steve-O: “Okay I got a random question. I really thought about this because I’m genuinely curious if you’ve ever apologized for a joke?”

Bill Burr: “Yeah. But I do it to the individual that I hurt. Listen, if I’m in a bad mood… Now some a**hole is going to cut that right there and say ‘see! Comedians should apologize’ because everybody’s like Fox News and CNN now like steering it (the narrative) and cut out all the parts.

No, if I’m in a bad mood or if I told a joke about something that somebody had a personal effect to and I made them sad or made them cry… You know, there’s that comic who (goes) ‘f–k you, lady, you shouldn’t have come out.’ Like, I don’t take it to that level.

It’s just like, ‘y’know you’re right, I didn’t think of that. I didn’t know you were gonna be here tonight. What are the f–king odds you were at that thing that I was making fun of?’ But that can happen.

But, I refuse to apologize to anybody that is upset that they heard a joke at a show they weren’t at. You know? Especially if somebody filmed it…

If it’s in my special, that’s different and I decided to put it out or whatever. But if it’s one of those things where someone in the crowd films you and then they put it up. It’s like ‘get mad at them!’ and then you, because you saw the subject and clicked on it.

You had all of these other f–king things… They have videos of just dogs snoring that you could watch and feel good about your day. But you went out of your way to f–king watch this thing, it’s on you.”

Scott Randolph: “Well the fact that it’s showing up in their (YouTube) algorithm means that they’re f–king in the energy field of all those videos.”

Bill Burr: “And that’s something I love to do, (joking) blaming the victim. ‘Well what were you watching if you saw it?’

Nah, I am a big believer in if you are wrong and if you feel you’re wrong, you apologize. But I’m not a believer in the mob mentality and I’m not gonna apologize (to the mob) just cause it’s not worth it. Because then all I do is give that (mob) strength that it’s okay to do that and then some other comic’s going to have to deal with it.

If you come up to me after a f–king show, I’ll listen to you and if I agree with what you’re saying I’ll be like ‘yeah, okay. It wasn’t a personal thing, I’m sorry. I’m sorry you went through that or whatever.’ And what I’ve found is they’ll actually be cool with you. People, anybody, (just) like us… They want to be heard.

But as far as that ‘professional being offended’ so you can move whatever cause because you feel like you can fix society with your ideas, I don’t get into that.”

If you wanted to check out the entire interview with Bill Burr, here’s that video:

The top comment on YouTube is saying this is the most comfortable they’ve ever seen Bill Burr on a podcast and I’m inclined to agree. He’s relaxed and just being himself.