Bill Cosby Gave His First Interview From Prison, Says He Will Never Show Remorse And His Trial Was A Set Up 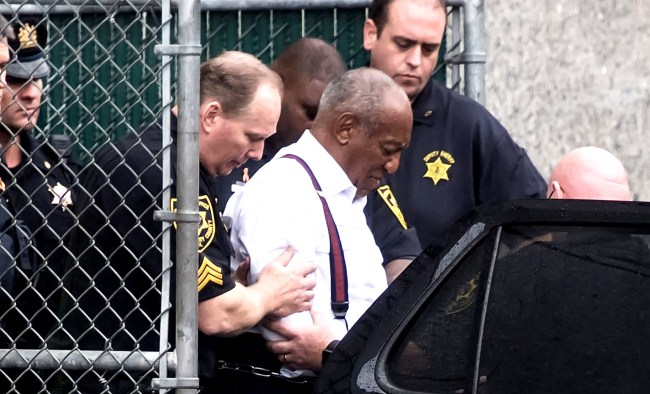 82-year-old Bill Cosby, Inmate No. NN7687 at the Pennsylvania State Correctional Institute-Phoenix, is currently serving three to 10 years in the big house after 60 women accused him of engaging in predatory behavior, and being convicted of drugging and sexually assaulting a woman at his home in 2004.

This week, for the first time since his incarceration in prison, Cosby granted an interview to discuss his case and what his life is like now to Black Press USA.

The comedian is still sticking to his guns that he is an innocent man, saying he will never show any remorse and claiming the state’s case was a set up.

“I have eight years and nine months left,” Cosby explained. “When I come up for parole, they’re not going to hear me say that I have remorse. I was there. I don’t care what group of people come along and talk about this when they weren’t there. They don’t know.”

“It’s all a set up. That whole jury thing. They were imposters,” said Cosby, adding that he believes one of the jurors was paid off and that the whole thing “is political.”

Cosby says he is “a privileged man” inside the maximum security prison, that his cell is his “penthouse,” and he spents much of his time mentoring inmates with speeches he gives for the Mann Up Association.

He also addressed his continued concern for black America, saying, “They are under siege. This thing with the drugs and the different pockets of the neighborhoods where it’s going on. When you look at what drugs are doing… things that make these people drive around and shoot into crowds.

“The insanity of what is the cause to the brain by all the drugs these people are dealing with. It’s exactly what I warned them about in 2004. They’ve thrown education out the window. They’ve thrown respect for the family out the window, and they’re blaming each other for what’s going on. There is post-traumatic stress syndrome, and there are also bad manners.”

Cosby also believes he is now serving a higher purpose and is at peace as he spends his time trying to teach his fellow inmates.

Read the entire piece over at BlackPressUSA.com.