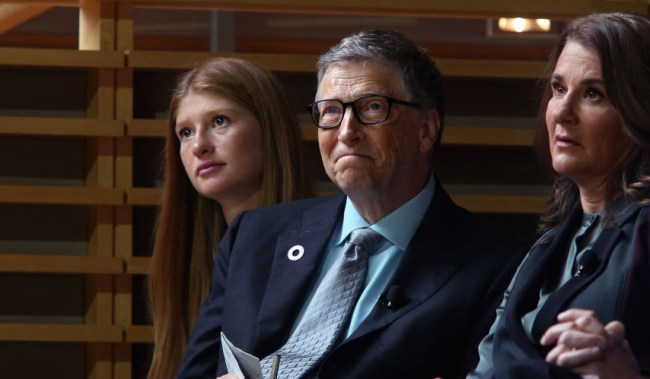 In 2017, Bill Gates had a net worth of $86 billion and was deemed to be the richest person in the world according to Forbes. One wouldn’t imagine that a man of that inconceivable wealth is moseying on down to his local Walmart to pick up Little Debbie Cosmic Brownies, Flamin’ Hot Cheetos, and The Ghost in the Shell DVD. Ellen DeGeneres wanted to test the knowledge of the Microsoft billionaire when it comes to the price of groceries.

Gates appeared on a recent episode of The Ellen Show and was tasked to guess the prices of normal grocery items such as laundry detergent pods, rice, floss, and pizza rolls. For this Price is Right-esque challenge, the Microsoft CEO had to guess the prices and be within a dollar of the actual price. If he did so an audience member would receive a prize because Gates already has enough shit.

Here’s how Gates did on his grocery price quiz:

For a gazillionaire who probably hasn’t been to a grocery store in a decade, Gates did remarkably well. Except in the Rice-A-Roni and Tide Pods department, but that may be because Gates didn’t remember to factor in the rising prices of Tide Pods due to the new demand for the detergent by people who are eating them.