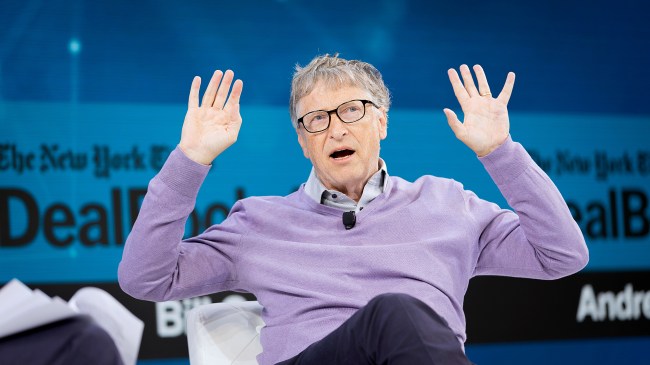 There’s a good chance Melinda Gates will get billions of dollars in her divorce from her estranged billionaire husband Bill Gates, who is worth an estimated $146 billion, but it seems like their three children Jennifer, 25, Rory, 21, and Phoebe, 18, aren’t going to get as much.

In several old interviews, Bill has stated he doesn’t believe he’s doing his children any favors by leaving them billions of dollars in inheritance. Gates wouldn’t confirm or deny that he was going to leave them only $10 million each as it has been widely reported in the past but he did acknowledge that he was only going to give them a “minuscule portion” of his wealth.

Bill Gate’s kids are reportedly each only getting $10 Million dollars after his divorce pic.twitter.com/mWeizWkPHc

He won’t specify what they will get, but the reports that they’ll receive ‘only’ $10 million each can’t be far off, because he concedes, ‘It will be a minuscule portion of my wealth. It will mean they have to find their own way.

‘They will be given an unbelievable education and that will all be paid for. And certainly anything related to health issues we will take care of. But in terms of their income, they will have to pick a job they like and go to work. They are normal kids now. They do chores, they get pocket money.’

Bill has cited Warren Buffet’s philosophy about limiting inheritances to family members as a big influence on his way of thinking.

“I definitely think leaving kids massive amounts of money is not a favor to them,” Gates said in response to a Reddit user’s comment on the $10 million figure. “Warren Buffett was part of an article in Fortune talking about this in 1986 before I met him and it made me think about it and decide he was right. Some people disagree with this but Melinda and I feel good about it.”

Bill and Melinda could change their minds when they think about their children’s inheritance but as it stands now it seems like their kids are going to have to settle with millions of dollars instead of billions.