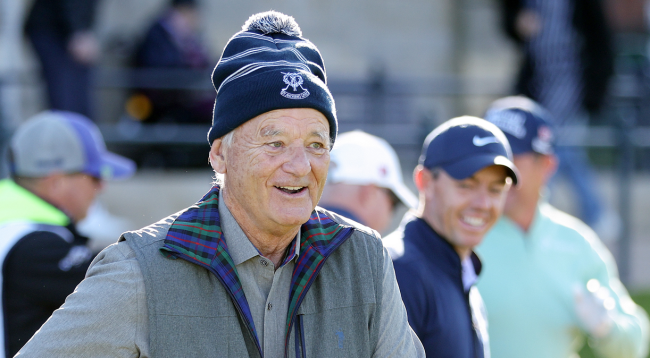 Bill Murray reportedly paid $100K in hush money to woman who claimed he kissed and straddled her on the set of a Disney movie.

The 72 year-old Hollywood star was accused of sexually assaulting a female staff member on the film Being Mortal.

The film, which was supposed to be the directorial debut Aziz Ansari (who was also accused of sexual misconduct in 2018), was scrapped mid-production following the allegations.

“Late last week, we were made aware of a complaint, and we immediately looked into it,” a memo to the movie’s crew said following the allegations. “After reviewing the circumstances, it has been decided that production cannot continue at this time.”

Back in April, it was reported that the woman had filed a complaint against Murray for “inappropriate behavior.”

On Tuesday, Puck reported that the alleged behavior included Murray “kissing” the “much younger” staffer’s body and “straddling” her.

Murray reportedly defended his behavior by claiming it was meant to be playful, but the woman “interpreted his actions as entirely sexual” and was “horrified.”

“I had a difference of opinion with a woman I’m working with. I did something I thought was funny, and it wasn’t taken that way,” Murray told CNBC back in April. “I’ve been doing not much else but thinking about it for the last week or two … you know, the world’s different than it was when I was a little kid.”

RadarOnline.com now reports that Murray “paid his unnamed sexual assault accuser more than $100,000 in hush money to settle the matter.”

The settlement was reportedly reached after Murray “engaged the production staffer in mediation.” She ended up signing a non-disclosure agreement and waived “any legal claims she might make against the producers of Being Mortal, including Searchlight and Disney.”

Related: Lucy Liu Shares Her Side Of The Story Of The Time She Allegedly Called Bill Murray A ‘C–Sucker’

Meanwhile, Oscar-winning actress Geena Davis recently wrote in her new memoir that Murray “insisted” on using a massage device on her.

“I said no multiple times, but he wouldn’t relent,” Davis wrote. “I would have had to yell at him and cause a scene if I was to get him to give up trying to force me to do it; the other men in the room did nothing to make it stop. I realized with profound sadness that I didn’t yet have the ability to withstand this onslaught — or to simply walk out.”

Many movie fans were shocked at these new revelations.

I think I speak for everyone here when I say: Gross

“About time. Hearing his crap for years,” another fan tweeted.

Hometown boy Bill Murray has joined the "handsy old men who pay people off club" and I am seriously disappointed / depressed. Dammit. https://t.co/AR4jOpk0je

“F—ing Bill Murray. I f—ing hate when insanely talented people formative to my filmgoing youth are revealed to be complete a–holes. This one stings. And he can go f— himself,” another wrote.

I see the world is finally ready to acknowledge that Bill Murray is a prick.