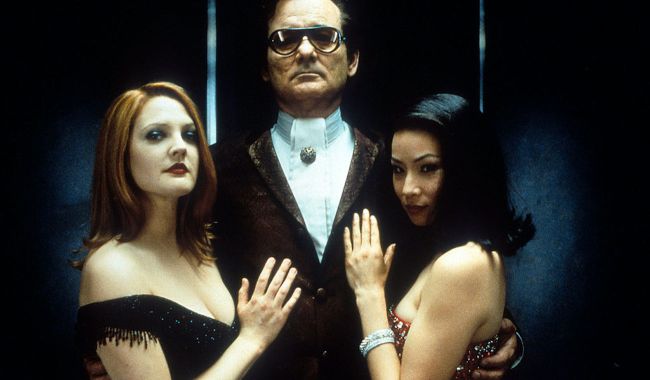 A couple of weeks ago, I brought you the story of an alleged first-hand account (I say allegedly because, really, we’re simply taking the dude’s word for it) of the time that Lucy Liu called Bill Murray a cocksucker while filming Charlie’s Angels back in the late 90s.

As the story went, at least as far as the producer told it on Twitter, one day, all of the actors mysteriously received new scripts in their trailers. It turns out that those scripts were from Murray, who had taken it upon himself to rewrite scenes without telling anyone. Literally, anyone. Not the cast, not the director, not the producers.

When tensions came to a head on set, Murray allegedly crossed the line during his interaction with Liu:

“Murray turned and said, ‘I don’t know what you’re complaining about. I gave you more lines. I mean… look who you’re in with here. You’re TV and this is the big league.’ At that point, Lucy shouted, ‘Fuck you, you fucking cocksucker!’” said Shaun O’Banion, a producer who claims he was there that day.

Since the story has recently gone viral, Liu herself was asked about it on a recent episode of The Los Angeles Times‘ Asian Enough podcast, thus prompting her to share her side of the now-infamous story:

“I feel like some of those stories are private,” Liu said. “But I will say, when we started to rehearse this scene, which was all of us in the agency, we had taken the weekend to rework that particular scene and Bill Murray was not able to come because he had to attend some family gathering. So it was everyone else, and we just made the scene more fluid. I wish I had more to do with it but I didn’t, because I was the last one cast and I probably had the least amount of privilege in terms of creatively participating at that time.”

At this point, Liu says Murray began to make it personal with her:

“As we’re doing the scene, Bill starts to sort of hurl insults, and I won’t get into the specifics, but it kept going on and on. I was, like, ‘Wow, he seems like he’s looking straight at me.’ I couldn’t believe that [the comments] could be towards me, because what do I have to do with anything majorly important at that time? I literally do the look around my shoulder thing, like, who is he talking to behind me? I say, ‘I’m so sorry. Are you talking to me?’ And clearly he was, because then it started to become a one-on-one communication.”

Liu went on to say that despite the fact that she was a relative newcomer, especially compared to the megastar that is Bill Murray, she wasn’t going to let anyone speak to her in the way Murray apparently was:

“Some of the language was inexcusable and unacceptable, and I was not going to just sit there and take it. So, yes, I stood up for myself, and I don’t regret it,” she said. “Because no matter how low on the totem pole you may be or wherever you came from, there’s no need to condescend or to put other people down. And I would not stand down, and nor should I have.” [via The Los Angeles Times‘ Asian Enough podcast]

Long story short, you can see why the producers ultimately recast the role of Bosley by replacing Murray with Bernie Mac (RIP) in the sequel, Charlie’s Angels: Full Throttle.