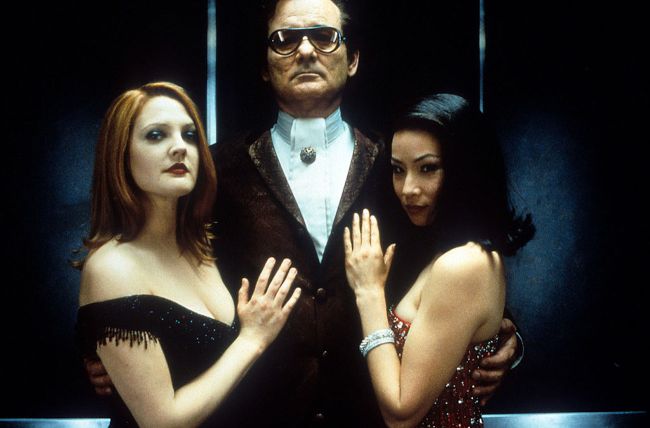 Take this story from the making of Charlie’s Angels, for example: Bill Murray, long thought of as one of the most jovial men in the entertainment industry, was allegedly called a “cocksucker” by fellow star Lucy Liu after he attempted to rewrite the film’s script.

Shaun O’Banion, a Hollywood producer who claims he was there that day to witness the altercation, detailed the events on Twitter.

“Basically, Bill Murray rewrote a bunch of scenes without telling anyone (including Drew Barrymore, who was a producer). He put the new pages in everyone’s trailers and everyone came to set wondering where the hell the new pages had come from,” O’Banion began.

This, obviously, did not sit well with the cast and crew, who immediately questioned Murray about it when he arrived on set.

Drew and her partner were pretty upset by this. Murray was like, “I’m making it better, okay? You’ve got, like, 16 writers on this thing…” And Luck Liu spoke up saying something like, “This is way out of line.”

It was at this point, according to O’Banion, that Murray crossed a line, particularly during his interaction with Lucy Liu, who starred as Alex Munday in 2000’s Charlie’s Angels and its sequel.

“Murray turned and said, ‘I don’t know what you’re complaining about. I gave you more lines. I mean… look who you’re in with here. You’re TV and this is the big league.’ At that point, Lucy shouted, ‘Fuck you, you fucking cocksucker!’ And the AD’s promptly cleared the stage as Lucy ran off the stage crying. Cameron Diaz was trying to be the peacekeeper and protect Drew as the AD’s cleared the stage. Of course, all of us in production had to stay inside to keep people out.”

According to O’Banion, while Murray eventually apologized, it was far from sincere:

“I love Bill Murray (and had worked with him before), but what he said to her was totally uncalled for. Really belittling and shitty. This was pretty early in the process too, and the crew already really liked Lucy (and Cameron and Drew).”

“Anyway, no punches were thrown — at least not physically. He later apologized, though not entirely sincerely in my honest opinion.”

It just goes to show that even someone like Bill Murray can have a bit of a cocksucker in him. That, or he knew that Charlie’s Angels was going to be a disaster before it even hit theaters.