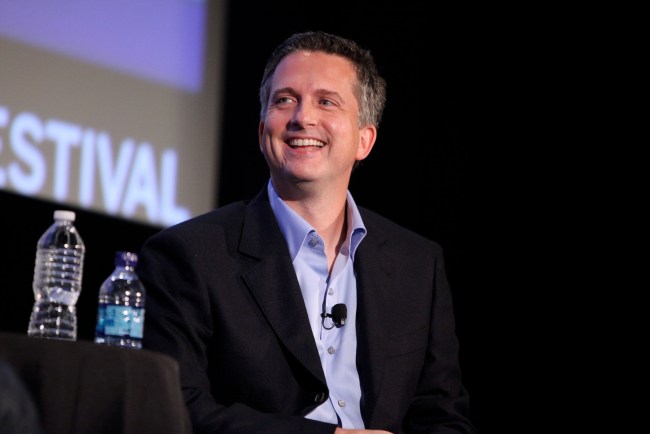 I’ve been told it’s still hip to make fun of Bill Simmons because he’s an old fart and his television show bombed because he has the on-air charisma of a sack of potatoes.

But, just as I like wearing socks with sandals and listening to Hanson’s MMMBop, I’m not ashamed to admit that I’m glad the world has Bill Simmons in it. His ability to marry sports and pop culture paved the way for the influx of sports blogs and, although I’d rather listen to my parents have sex than his voice on the radio, he has provided some Hall of Fame takes over the years.

One thing me and my friend Billy have in common is our love for the movie Good Will Hunting. The only film I’ve watched more times that GWH is my high school highlight reel. And that’s like, 30 seconds long.

Simmons appeared on the Ringer’s Rewatchables podcast and admitting to breaking up with his former girlfriend after watching the Robin William’s famous “I had to go see about a girl” scene. Listen below.

Transcribed by The Big Lead:

“I saw the movie that winter and I was dating this girl who lived in Chicago who, in my columns, was the original Sports Gal. She had moved to Chicago so we were dating long distance. I had gone to Chicago twice — I really liked her — I had gone to Chicago twice, I was freezing cold, I had no money whatsoever, the plane tickets were like $350, and it was just expensive and she was making more money than me. I was like, I don’t know how this can work, I don’t know how this can work with her in Chicago. I saw this movie and I saw the “I’m going to go see about a girl scene” and I had, like, this life moment. I was like, would I do that for this girl? And I was like, I wouldn’t, I don’t want to leave Boston, I feel like something good is happening here. I can’t leave. I wouldn’t go see about a girl. We broke up like within a week because of this movie.”

This should be everyone’s litmus test going forward. Would you forgo a championship game of your favorite team to have a drink in a bar with a lady? I think everyone reading this would be single.