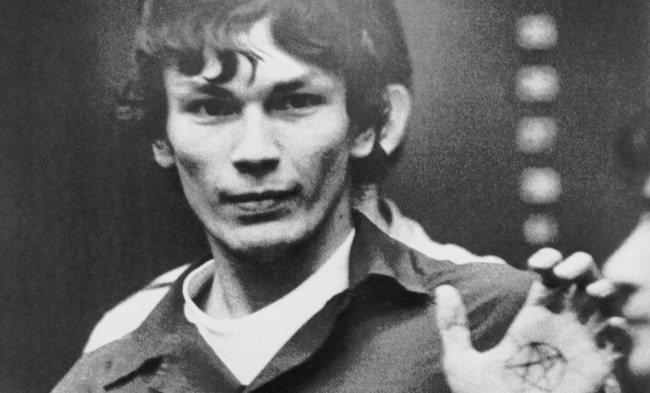 First off, if you are a fan of true crime documentaries, I highly recommend watching the new Netflix docuseries Night Stalker: The Hunt For a Serial Killer about Richard Ramirez.

While some viewers believe that the series goes too far, exploiting Ramirez’s many victims through the use of crime scene photographs, the four-part series is still a fascinating watch.

For a span of around 17 months in 1984 and 1985, law enforcement was stumped as to who was committing the Night Stalker attacks and murders.

Several suspects were rounded up, but it wasn’t until August 31, 1985 that they finally had their man in Ramirez.

One of those Night Stalker suspects, as it turns out, was a man named Ed Solomon.

While many of us have no idea who Ed Solomon is, there’s a good chance that most of us know his work.

Solomon was one of the people who created the Bill and Ted movies. He also wrote the films Men in Black, Charlie’s Angels, and Now You See Me.

In fact, back when police considered Solomon to be “prime suspect” in the series of attacks, he had already written for the popular sitcom Laverne & Shirley.

Solomon explained in a fascinating Twitter thread how it all went down back in 1985.

“In August 1985 I was awakened by a call saying ‘Are you the Night Stalker?'” wrote Solomon. “I hung up, thinking it was a weird prank. But it kept happening. That’s when I learned – from a reporter on the other end – that I was a prime suspect in that grisly RIchard Ramirez murder spree.

“The reporter explained that my car was found at the crime scene, which made no sense because I looked out my window & saw it was still in the parking space of my Westwood apartment. I had to hang up because the police were walking up my driveway – but weirdly slowly.

“They had an odd attitude when they arrived, saying something about needing to just ‘check it out’ because it was already not seeming likely that I was ‘the one.’ (Also: I had obviously just woken up and was – I suddenly realized – wearing only my tighty whiteys).

“Apparently by the time they’d gotten to my place there was new information, & now they were just kind of annoyed – like they’d been given busy work and the *good* stuff was happening an hour or so away. (I actually think they only knocked so one of them could use the bathroom.)

“They wouldn’t tell me anything about why they suspected me – which I have to say was exceedingly surreal (and I remember I had just read Kafka’s The Trial, which made it even surreal..er?). But in the morning I saw the news – and I figured out what happened.

“3 years earlier my (then) roommate (& best friend) was buying a used car, & since he was in med school & I had an actual job (my Laverne & Shirley gig), he had me sign (or maybe co-sign?) for his loan. As such, the car was registered to my address, even though he’d just sold it.

“The guy who’d bought it was eating dinner in a Chinese restaurant downtown, where the car (a crappy red Toyota station wagon) was stolen – by Ramirez – and driven to the murder site, where it was abandoned. The irony is my 2 roommates (new ones) were in jail for the night.

“That’s because a neighbor had seen the pot plant they were growing in the window, and called the police. (I only found this out the next day when they returned.) The only reason I wasn’t in jail with them was that I hadn’t been around when they were arrested.”

Solomon later added that he never felt any real threat, and the whole ordeal only lasted about five minutes.

He also shared another version of the story, sent to him by an old friend that corrected one detail and showed a different perspective of his bizarre connection to The Night Stalker Richard Ramirez.

Update: my old friend sent me this. It's an interesting look – from an entirely different angle. (And I realize I had a fact wrong: it was not the night he stole it in Chinatown but rather a few weeks later, after a different one, that the calls came.) Posted w his permission. pic.twitter.com/Slp68VksoZ

That is some wild, wild stuff.