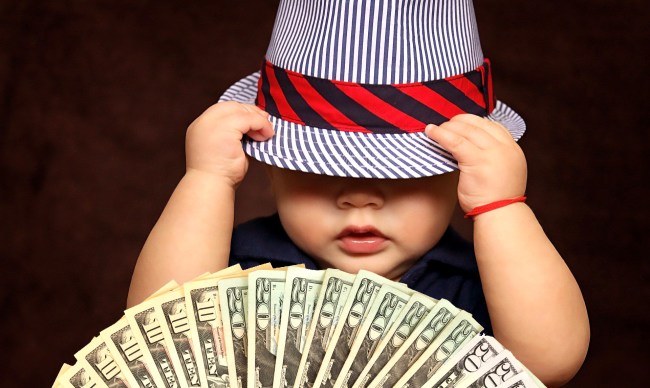 Bill Ackman, the billionaire CEO of Pershing Square Capital Management, has come up with a rather novel idea for how to put an end to poverty in America.

He wants the United States government to give each and every child born in the country $6,750 at birth so they can retire as millionaires.

Ackerman explained his thinking behind such a unique approach in a recent New York Times DealBook essay.

He calls this seed money “Birthright funds” and stated that this money would “be invested at birth in zero-cost equity index funds; be prohibited from withdrawal until retirement; and would compound tax-free for 65 years or more.”

The result would be, assuming historical rates of returns of 8 percent annually, that this money would “provide retirement assets of more than $1 million at age 65, or $2 million at age 74.”

This program, by his estimation, would cost the American government approximately $26 billion per year.

Compound investment returns are indeed one of the great wonders of the world, and every day we wait to address this issue, the problem looms larger. Without funds to invest for retirement — particularly after the housing crash of 2008 destroyed many Americans’ only other potential source of long-term wealth creation — one has almost no hope of building wealth for retirement, or giving the next generation a head start. In sum, the American dream has become a disappointment, or worse, for too many.

In addition to helping all Americans build wealth for retirement, Birthright would encourage greater financial literacy, and give all Americans the opportunity to participate in the success of capitalism.

In a follow-up article for Forbes, Shahar Ziv, the founder of Acing Your Finances, says Ackman’s proposal actually makes sense, with a few caveats.

…the eight percent historical rate of return on equities that Ackman uses may not continue in the future. Yes, real returns on US and Western European equities have averaged 7.9 percent between 1985 and 2014, but “the conditions that led to three decades of exceptional returns have either weakened or reversed,” according to McKinsey. McKinsey’s analysis projects that real returns in the next 20 years could come down to between 4 and 6.5 percent for U.S equities.

For example, at a 4 percent average annual return, a $6,750 investment would only grow to be $86,000 after 65 years. While not a shabby amount, it’s a far cry from $1 million, which is what the same investment would achieve at an 8 percent annual return. Alternatively, if the government wanted each baby to end up with $1 million after 65 years, it would need to invest $78,000 at birth if equity returns were 4 percent. That would require the U.S. government to pony up $300 billion a year, which would be a tougher pitch than $26 billion annually.

That being said, Ziv agrees with Ackman in that some sort of “comprehensive set of policy solutions is needed to truly stem growing inequality.”

Giving each child born in America some sort of financial nest egg that they can’t touch until retirement age would certainly be a start.