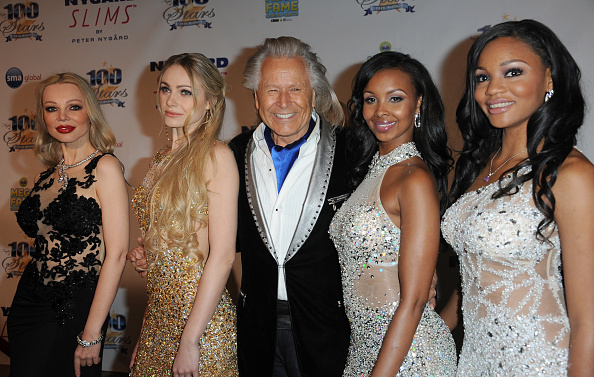 This blog sources from this article in the New York Times, written by Kim Barker, Catherine Porter and Grace Ashford.

Two billionaires in the Bahamas have been engaged in a wild legal pissing contest over the past decade. Peter Nygard, a fashion dude, and Louis Bacon, hedge fund legend, have been throwing lawsuits at each other over the bamboo wall that separates their compounds. Some of the allegations are the stuff of cartoon lunacy. But let’s start at the beginning:

NY Times– In 2009, a blaze erupted at Nygard Cay, damaging several cabanas, the so-called grand hall and the disco. The fire department said it was accidental, probably caused by an electrical fault. But some Nygard Cay employees said their boss blamed Mr. Bacon, an ardent conservationist who had accused Mr. Nygard of illegally mining sand to create new beachfront.

The government refused to let Mr. Nygard rebuild. Within days, the war began.

Mr. Nygard sued over changes his neighbor had made years earlier to their driveway. Then he sued the government, saying it was colluding with Mr. Bacon to force him off the island.

But Mr. Bacon was a rare adversary. His wealth was valued at more than double Mr. Nygard’s.

Alright, I think we can all sympathize with Nygard here. Losing your disco, grand hall, and a few cabanas in one day would drive anyone to the brink of insanity. Those are shattering losses. Do you know how hard it is to build a disco in the Bahamas? That struggle is basically the plot of the Fyre Festival doc.

But Nygard blamed his neighbor Bacon, possibly because Bacon was mad that Nygard had violated sand castle code. So Nygard did what most people in his situation would do: he claimed his enemy was in the KKK, had murdered people, and was somehow responsible for 9/11. Chess books refer to this as Ruy Lopez opening, aka the Spanish Game. Very common.

Bacon responded by forming an environmental non-profit to investigate Nygard’s house. He also hired the FBI to look into sexual assault allegations against Nygard. And finally, he flipped two goons who professed to have worked for Nygard, claiming that Nygard put Bacon on a “hit list.” An effort to catch Nygard admitting to this was made when the goons wore a wire to meet with Nygard, to no avail. Advantage: Nygard.

But in order to properly judge this joust, we need to know more about the man behind the bedazzled mask. Who is Peter Nygard, and what makes him tick?

For one birthday, he flew in models who danced before him in body paint. His workers said they regularly lit torches at sunset and played the title song from “The Phantom of the Opera.”

Ok, not too crazy. Who doesn’t love a little Phantom theme to get the night going? That moment when the organ kicks in? Shivers.

But, uh, turns out he allegedly had staff members recruit women for him, some of whom may have been underage.

“One time, he was like: ‘I don’t know where you find these girls from, but there’s pretty girls in the ghetto as well,’” recalled Freddy Barr, Mr. Nygard’s personal assistant in the early 2000s. “‘You need to find pretty girls in need.’”

That’s… weird. Never thought I’d write this sentence, but the words equal-opportunity predator come to mind. Nygard might be the most progressive, alleged rapist out there.

But he did have a type, apparently:

Former workers said they photographed guests when they arrived, uploading the images for their boss’s perusal. Only those who were young, slim and with a curvy backside — which Mr. Nygard called a “toilet” — were supposed to be allowed inside, according to the ex-employees, including Ms. Taylor.

A video from June 2015 captured him on a favorite topic. Looking out a car window, Mr. Nygard said there were many women with whom he hadn’t yet had sex.

“Do you see those toilets?” he asked.

Now, I’ve heard the term toilet used to refer to a buttocks before. But usually as a one-off joke. It sounds like Peter Nygard exclusively refers to butts as toilets, and that toilets are his primary focus when evaluating people. It’s a strange language twist, like calling one’s feet… shoes. But I guess renaming something for the noun upon which it sits is the stuff billionaires do.*

[*This paragraph was extremely difficult to write. I struggled to come up with a parallel for over an hour, and I feel that the feet-shoe example is woefully inadequate. If you’ve got better examples, please send my way.]

The article describes a pretty sickening pattern of sexual abuse by Nygard over the years. It rings a bit of the Jeffrey Epstein case, with private jets and a tropical island retreat that may have been the site of some pretty evil abuse.  But the Times also raises questions about many of the allegations, given that some of the accusers have recanted their stories and/or admitted they were paid off by Bacon to smear Nygard.

In the end, it’s crazy how much billionaires are willing to spend just to make a petty point against an enemy. This idea was illustrated often in HBO’s Silicon Valley, but here we have it playing out in real life. As the Times put it, these two guys have built a cottage industry in the Bahamas—paying off potential witnesses, organizing defamatory protests, etc.—to gain an edge in their ego war. But in the end, I give the edge to Bacon. He just seems that much richer.

Read the full article, you won’t regret it.

Fashion mogul Peter Nygard built a system to lure teen girls to his sprawling estate in the Bahamas for decades, dozens of women and former employees told The New York Times. Many of their stories echo one another: “He preys on poor people's little girls.”https://t.co/G7cHPhniq1