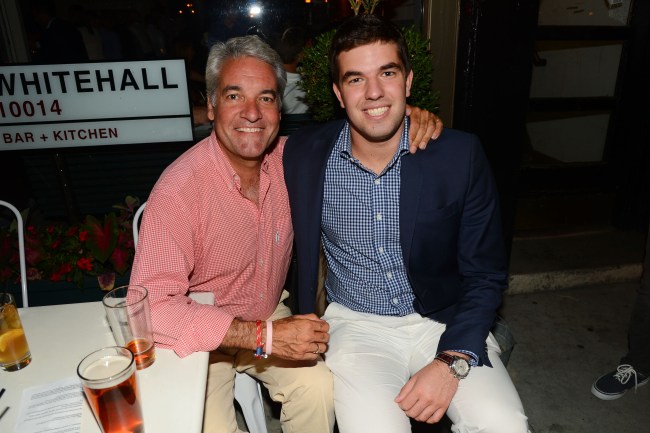 Billy McFarland is the mastermind behind the dumpster fire that was Fyre Fest and in March 2018 he was sentenced to six years in federal prison after pleading guilty to wire fraud. Last week, we brought you the news that Billy had launched a new podcast titled Dumpster Fyre from prison.

All things considered, this is one of the smartest publicity moves Billy McFarland could’ve done to keep him in the public conversation. Billy’s been inside of Ohio’s low-level security Federal Correctional Institution Elkton for 29 months and with the new podcast he says “I’m not going to hide behind my mistakes; I’m going to share everything that happened.”

This news was six days ago. Flash forward a few days and it sounds like this didn’t exactly work out perfectly for Billy McFarland as his lawyer claims that Billy was locked in solitary confinement because of the podcast launch. Here’s the report from Stereo Gum:

Billy McFarland, the disgraced Fyre Fest founder who is currently serving six years in federal prison for fraud, has been placed in solitary confinement. McFarland’s lawyer tells The New York Times that they believe he was put in solitary last week for launching a new podcast called Dumpster Fyre from prison.

Dumpster Fyre, which premiered its first episode on Tuesday, features McFarland talking about his crimes from a prison phone. Since a trailer for the podcast came out last week, featuring photographs of McFarland and other inmates in the prison yard, McFarland has been in 23-hour-a-day solitary confinement and may remain there for 90 days or more pending an investigation by the federal Bureau of Prisons.

“We believe the investigation stems from his participation in the podcast and the photographs that were taken and utilized in the trailer, which were all properly taken,” said McFarland’s attorney Jason Russo. “We don’t believe he’s violated any rule or regulation, and there can’t possibly be anything else. He’s been a model prisoner there.”

I won’t even begin to claim that I understand the legality of someone launching a podcast form prison but what I’m certain of is no prison guards or wards would ever in a million years be happy about one of their ‘celebrity inmates’ making global headlines when they’re locked up.

According to reports, a spokesman for the Bureau of Prisons stated they don’t discuss ‘the housing arrangements of inmates for privacy reasons’ which is a perfectly legitimate response, as is putting a prisoner in solitary confinement when you find out they launched a podcast (which will make $$$$) while they’re serving prison time. Billy has previously served time in solitary confinement after he was found to be in possession of a flash drive.

Here’s a quick clip from episode 1 of Dumpster Fyre:

For a guy who was probably hoping to serve less than the six years on his prison sentence, getting locked up in solitary confinement twice doesn’t really bode well for the future and getting time knocked off his sentence.