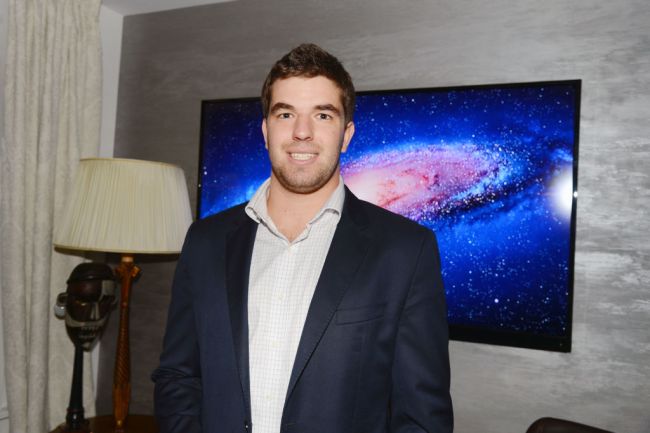 Much like a bad case of chlamydia, the hubbub surrounding Fyre Festival just won’t go away. Billy McFarland, the organizer of the Fyre Festival, was sentenced to six years on fraud charges relating to his failed music festival in The Exumas, Bahamas. With a lot of spare time on his hands in prison and possibly running out of books to check out from the Brooks Hatlen Memorial Library, McFarland is now doing a podcast, because of course he is. Podcasts are so hot right now.

After 29 months in the Federal Correctional Institution Elkton, a low-security federal prison located in Ohio for male inmates, McFarland is ready to tell his side of the story. McFarland will appear in an upcoming podcast appropriately titled Dumpster Fyre. McFarland doesn’t exactly have the setup for a high-quality podcasting booth in prison, so he will call in to his own podcast. Hopefully, the fellow inmates on the phone with their attorneys will keep their voices down in respect that a podcast is being recorded in the next phone booth over. The host will be Jordan Harbinger, who hosts his own appropriately titled podcast called The Jordan Harbinger Show.

McFarland’s time has allegedly “forced reflection on [his] mistakes and the people [he] hurt.” He also said, “I’m aware of the pain and suffering that I caused. What I did was completely wrong and stupid.”

“I’m not going to hide behind my mistakes; I’m going to share everything that happened,” reportedly McFarland is heard saying. “When I think about the mistakes that were made and what happened, there’s no way that I can describe it but just, ‘What the f*** was I thinking?”

The multi-part podcast series podcast will air on October 20.