Billy Strings Calls Out eBay Hustlers, Says He’s No Longer Signing Autographs For Anyone Looking For A Quick Buck 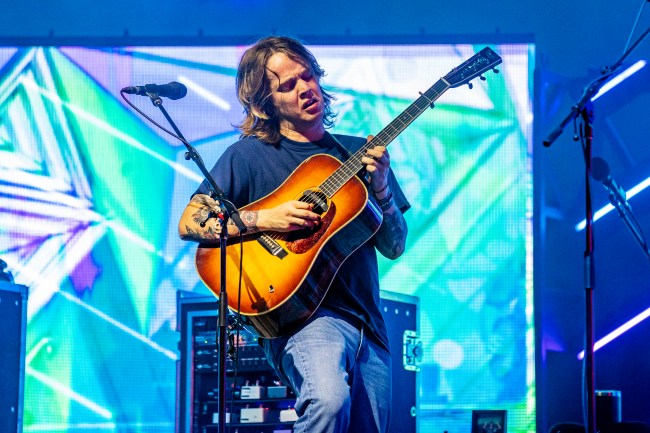 Few things in life are more frustrating than when your generosity is taken advantage of.

For Billy Strings, frustration recently came to a boil with autograph seekers looking for the bluegrass star to sign albums, posters, and merch then flip it on eBay.

In a post on Instagram titled “can’t be signing sh*t no more”, Billy Strings called out the bad actors chasing him down in airports and hotels to put his John Hancock on his merch. He laid out his new boundaries for dealing with eBay flippers that hound him for autographs, noting that sometimes it’s hard to figure out who is a real fan saying hello vs. a hustler.

Strings’ isn’t calling out fans looking to say hello and asking for a signature. In the video, he says he’ll still “take a picture with you, send your mom a happy birthday message” and still sign a record if “you’re truly a fan.” He’s calling out a small group of people clearly taking advantage of his celebrity and growing fanbase, using it for their own personal gain. This isn’t your casual fanboying; these are stalker-ish professional goons asking him to sign “500 things” at a time in public places.

All you have to do is look at how many signed posters there are for sale on eBay right now – many being sold for $150+.

As you can see, Strings is pretty fired up. It’s unnerving to have to draw a line in the sand. But, clearly, enough is enough. Basic human decency has been crossed, despite Strings being a good sport and tolerating it for a while.

I transcribed Strings’ monologue so you can read it:

Here’s what Billy has to say, in his own words:

“I wanna talk to you a little bit about some sh*t that I’ve been dealing with kind of when I’m traveling around. It seems like anytime I go to an airport or a hotel or anywhere really, I’m met with handfuls of these eBay people that may or may not actually be fans of mine. It’s really hard to tell sometimes but they have mountains of vinyls and posters and pickguards and drum heads microphones and f*cking, you name it – drum sticks – and, f*ck, like I don’t even play drums. They want me to sign and then they’ll turn around and sell them on eBay for 500 bucks or whatever.

I can’t knock the hustle. I’ve been there, you know? I used to sell shrooms. I used to sell weed. I used to have to hustle too. But when you’re taking advantage of my fans? You know, some people just truly wanna get a poster and they don’t wanna pay f*cking 1000 bucks for it. Somebody might actually want a record signed by me because they’re actually a fan and I would hate to turn those folks down because I’ve been hardened by these hustlers.

It’s a really hard thing to navigate. Like how can I know? Am I supposed to ask? ‘Hey pull up your Spotify, let me see if you’re actually a fan!’

Alot of these folks they don’t even know who I am at all. They just know that they can make money off my posters and sh*t. So I feel really like taken advantage of.

Then they’ll call the airport say that they’re me say that they lost their confirmation number or whatever and figure out where I’m leaving from. Then they’ll come meet me at my f*cking gate. It’s super invasive of my personal space. I’m just trying to get on an airplane and go do my gig. I have to sign, you know, 500 things leaving somewhere. Then when I get to the new destination and I walk off the jet bridge, there they are again. New York to Seattle from Michigan to Texas this happens.

It’s just gotten to the point where I can’t do it anymore. It’s just getting frustrating. I can’t let these people take advantage of me and you anymore.

So I just I gotta stop signing sh*t. I’m not going to sign 30 things anymore. If you’re truly a fan and you want a record signed, I will sign it. I’ll sign your poster if it’s like one or two. I will take a picture with you, I’ll f*cking send your mom a happy birthday message. I’ll pull out my guitar and sing you a song right there at the airport. But I’m not gonna sign 500 things anymore every time I fly.

It used to be OK. I’m like, yeah I can f*cking  sign a few things and you can make some money off it, no big deal. But now it’s getting to the point where it’s frustrating and I can’t go anywhere without signing 500 f*cking things. It would break my heart if a real fan came up to me and said ‘man can you sign my record?’ and I said no because I’m hardened by these f*cking hustlers. It’s got to the point where I can’t be doing that anymore. I’m sorry to you folks who are trying to make a living off this stuff. I said I can’t knock the hustle, man, it’s nothing personal. I just can’t do it anymore.

So I guess here’s my message. I’m not signing 50 f*cking things anymore but if you’re a real fan and you want a picture or an autograph I got you back no problem.

Plus, now that he’s laid it all out, anyone with a heartbeat and a lick of sense better know that Billy Strings sending a message to your mom is so much damn cooler than a piece of merch with an autograph on it.

Those memories will be treasured forever.