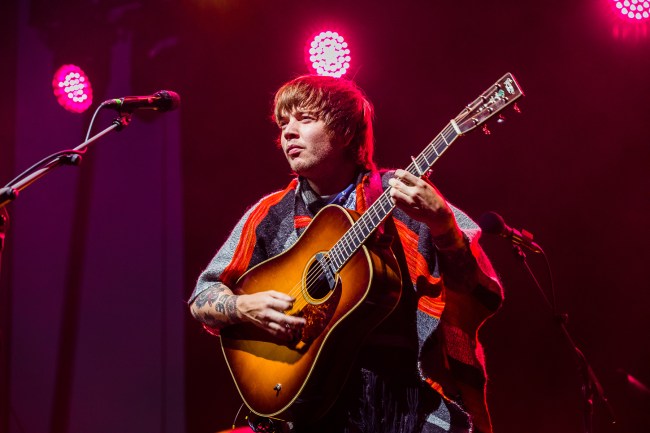 I’ve written about Billy Strings on BroBible.gov before, and I’m back again for what surely won’t be the last time. The wicked talented bluegrass guitarist and vocalist launched the first day of his ‘Twelve Days of Bluegrass’ series on Monday as part of his “String The Halls: Home For The Holidays Edition” fundraising efforts. Every day from now until Christmas, Strings will drop a new performance of a cover he has never released before and at the end of the 12 days, the project will be available for purchase.

To kick off the two-week period, he laid down a Strings-ified version of “Think of What You’ve Done.”

The song was originally recorded by the Stanley Brothers in 1959, and the duo was inducted into the Bluegrass Hall Of Fame in 1996.

A year later, in 1997, Ricky Skaggs gave his take on the classic diddy. Skaggs was inducted into the Country Music Hall of Fame in 2018.

The Grammy-nominated, wildly-talented Strings gives the best version of the song in my opinion, and both the mandolin and banjo solos wail. All proceeds from his “String The Halls” fundraiser will be donated to local Nashville organizations like the Nashville Rescue Mission and the Second Harvest Food Bank of Middle Tennessee, as well as Musically Fed, a non-profit that works to mobilize the music industry in the fight against hunger.

There will also be a limited-edition event poster release each day, here are the details: