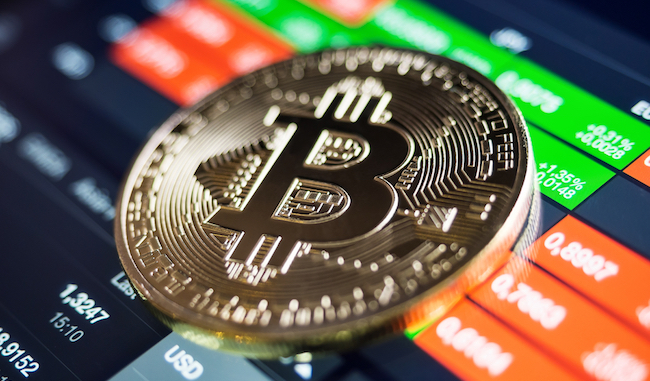 Last month, Merriam Webster announced their “Word of the Year” was “youthquake,” a term that close to literally no one had ever heard of until they decided to bestow that honor upon it. However, if the company had been paying at least a little bit of attention to what people were actually talking about in the time leading up to their decision, there’s only one word that should have been handed the award: cryptocurrency.

“Crypto” (as the cool kids call it) has been one of the hottest— and most divisive— topics in recent memory. It seems like basically everyone is trying to get in on the game— including companies like Hooters and the makers of alcoholic iced teas who have realized that you basically just have to whisper “block chain” to get your stock to skyrocket.

You can give most of the credit for the cryptocurrency surge to Bitcoin, which has risen dramatically in value over the past few months as some people take drastic steps hoping they’ll be able to cash in on what many view as an electronic gold rush (while plugging their ears and saying “LA LA LA!” in an attempt to ignore anyone who suggests this is just a massive bubble waiting to burst the dreams of anyone who’s pumped too much money into it).

While most people are viewing bitcoin as an investment, it was originally conceived as an alternative to more traditional currencies (and was originally used as such by people who wanted to buy drugs online). Its most fervent acolytes still maintain it’s only a matter of time until it becomes a mainstream transactional tool, but things aren’t looking so great when you consider a conference devoted to the cryptocurrency had to stop letting people using it as payment.

The North American Bitcoin Conference is set to kick off in Miami next week, but if you were hoping to dip into your digital wallet to pay the $1,000 required for admittance, you’re out of luck. According to CNBC, organizers were initially allowing attendees to purchase tickets with bitcoin but were forced to change course thanks to the fees and lag associated with each transaction.

They issued a statement explaining their reasoning, saying:

“We have, and always will, accept cryptocurrencies for our conferences, up to fourteen days before the event. However, due to the manual inputting of data in our ticketing platforms when paid in cryptocurrencies, we decided to shut down bitcoin payments for last minute sales due to print deadlines.”

They did say they’re looking into letting people use other cryptocurrencies to pay, which I have to admit is an absolutely fantastic vote of confidence for the one they’re devoting their conference to.