After Years Of Waiting, The Rock’s ‘Black Adam’ FINALLY Begins Filming Next Month 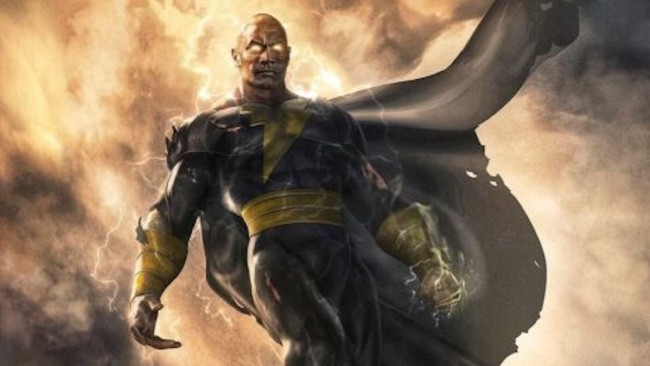 You know, truth be told, I think The Rock himself can perhaps best verbalize how I’m feeling right now:

After literal years of development — Dwayne Johnson was first cast as the titular Black Adam all the way back in 2014 — production is *finally* set to begin in April, with Hiram Garcia, the President of Production at Johnson’s Seven Bucks Production, confirming as much in an interview with Comicbook.

“We’re getting started soon, you know actually, we begin filming in April, we’ll be in Georgia, home away from home. We’re really excited man, we have everything is ramped up, we’re so fired up for this,” Garcia said.

“Obviously, you know how passionate we are about this project. This is very special to us, and you know, not only Black Adam, but JSA, and all these characters we’re introducing to the world and, what we want to do with it, we’re just… Look, we were supposed to have been filming last year. COVID, like it delayed everyone, it kinda got in the way, but we’re happy we’re able to pause, regroup, and now we’re going to be getting going, and by April we’ll be shooting and on track to bring this thing home.”

Johnson’s Black Adam isn’t the only superhero set to appear in the film, as four JSA (Justice Society of America) members will appear in the film, such as Aldis Hodge’s Hawkman, Quintessa Swindell’s Cyclone, Noah Centineo’s Atom Smasher, and the yet-to-be-cast Doctor Fate.

At this time, Black Adam — which will serve as a prequel to 2019’s sneakily successful Shazam! — does not have an official release date at this time. With production ramping up in the coming months, though, a Summer 2022 release date seems to be the most likely.

Given the star at the center of the film, Black Adam simply *has* to be one of the most highly-anticipated comic book films of the next few years, as it marks the long-awaited intersection of the world’s most powerful movie star with the medium’s biggest genre.