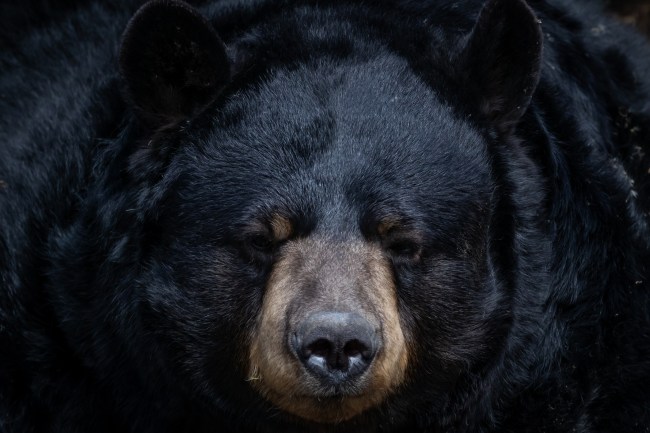 Even though it already feels like Summer on parts of the East Coast with temperatures spiking, we are still a full month away from the first day of Summer and nowhere is this more obvious than in Colorado who got hit by a ‘white out’ snowstorm yesterday.

Spring is that fun time of year when hibernating bears emerge from their slumber, ready for Summer, and they are hungry as hell. One of those bears made headlines earlier this month in Estes Park, Colorado, a town known in northern Colorado that’s known for its healthy elk population and frequent bear sightings.

This particular black bear broke into someone’s car and turned it into hamburger meat. There’s a clip below but here’s a piece of the story from The Denver Channel:

Estes Park resident Kevin Buckert said he loves living in the area, but early Saturday morning, he encountered a problem.
“I got a call from my sister — she was frantic,” he said. “(She) said, ‘We have a problem’ and hung up real quick.”
Turns out, she had an unexpected visitor — a bear stuck in a car.

“(The) problem here is the bear got in the car and the door shut behind him and then he wanted to get out and started hitting the horn,” Buckert said.
The black bear was trapped in the car for about seven hours.
“That’s terrible,” he said. “Could you imagine being locked in a car for that long if you were a bear?”
Fortunately, a neighbor was able to help get the bear out. And the aftermath shows havoc.
“The car is totaled out,” Buckert said. “(The) insurance company towed it off. It’s demolished.” (via)

Here’s a clip of that footage. I’ve included a video from YouTube and Facebook for you to choose from. I know some of you guys prefer one format over the other and vice versa. The YouTube video includes some news commentary while the Facebook clip only shows the damage left by the bear.

I’ve come across a black bear in The Adirondacks in upstate New York but that bear was more startled by the sight of me than I was of it and it took off running faster than I ever imagined bears could book it. What I’m getting at here is my first-hand experience with bears is pretty minimal and I cannot imagine the complete shit storm this bear unleashed on the inside of that car once it felt trapped. I’m actually a bit shocked there isn’t blood everywhere from the bear kicking through the glass windows and injuring itself.

I have been seriously considering the idea of moving to Colorado for a Summer to train for a road bike ‘century’ race and an Ironman. One of the perks of working from home is you can work from anywhere and I think that getting in lots of mountain climbs at altitude is something I can’t really replicate at an indoor gym on a stationary bike regardless of how many miles I ride. But I don’t think I’m equipped for this Rocky Mountain National Park lifestyle yet. I wouldn’t have a fucking clue what to do if I went out to my car and there was a bear locked inside.

The report from Denver’s ABC 7 says the car was towed by the insurance company and listed at totaled which I guess answers my question of whether or not an insurance company would even cover an incident like this.

As for how to avoid a situation like this yourself, the Colorado Parks and Wildlife suggests you never leave anything with ‘scent’ in your car which includes ‘soft drinks, food, makeup’ and other items that might put off a strong scent in a car that’s heating up in the sun. These bears are starving after hibernation and they are always on the prowl for an easy meal, hence why the easiest place to spot a bear is usually at the dump.