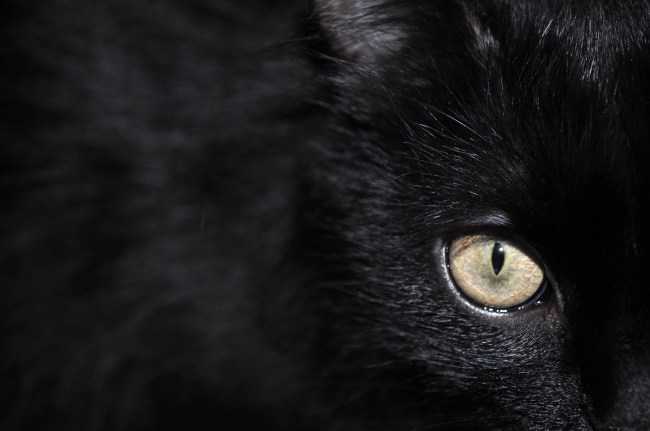 An extremely rare black leopard was photographed underneath the full moon in Laikipia Wilderness Camp in Kenya by wildlife photographer Will Burrard-Lucas. These creatures are so rare at this point that they’ve achieved an almost mythical status in Africa. One hadn’t been properly photographed in 100 years until now.

The black coat is caused by melanism, the opposite of albinism, and unlike albinism that leaves an animal exposed to predators 24/7/365 because it doesn’t have any natural camouflage, melanism and the dark coat actually makes these some of the best predators on the planet because they can navigate the night virtually undetected.

Black leopards haven’t been unseen in Africa for 100 years, there just hasn’t been a photographer lucky enough to capture a proper photograph of them in a century. After reports that several were spotted in Kenya’s Laikipia area, photographer Will Burrard-Lucas set up his an expedition, according to the Daily Mail. What resulted was these absolutely stunning photographs.

By setting up a motion-activated camera underneath the full moonlight the photographer was able to capture the first photographs of a black leopard in 100 years and they are truly stunning. The eyes on this creature are enormous and set to full-alert for prey.

He also captured this stunning image of a normal leopard.

Previous photographs of any black leopards in Africa were either extremely grainy or caught the animal in motion. Similar to pictures you’d expect to see of a Yeti or Chupacabra. This is the first time in a century that a photographer managed to capture hi-res close-up photos of a black leopard.

According to the Daily Mail, Burrard-Lucas installed the DSLR ‘camera traps’ while working with biologists from the San Diego Zoo who were working in the area and helped the photographer map out the best locations to ‘catch’ the majestic predator based on reports of where it had been seen.

Burrard-Lucas documented his expedition on a blog post on his website which you can check out by clicking that link but I think his site’s down at the moment from receiving too much traffic because I can’t seem to get the post to load.