‘Black Mirror’ Just Dropped New Trailers, Titles, And A Synopsis For Each Episode Of Season 5 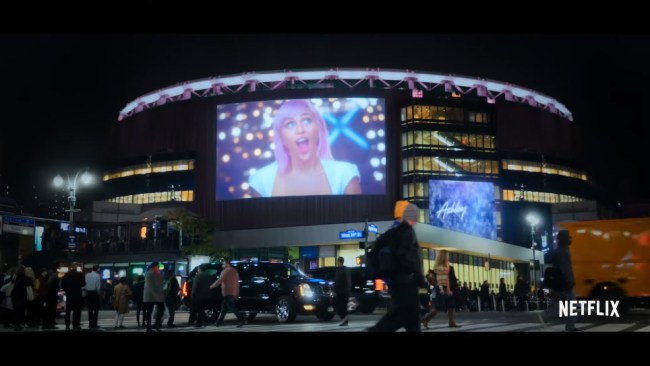 Netflix knows we can’t wait for the next season of Black Mirror (and Stranger Things). Which is why they are now in full promotional mode as we head towards the popular show’s season five debut on June 5th.

As we saw last week with the first teaser trailer for season five of Black Mirror, what this coming season lacks in length (just three episodes), will be more than made up for with star power.

Season five will see more of the same with faces fans will know including Miley Cyrus, Anthony Mackie, Pom Klementieff, and Topher Grace among the stars set to appear.

On Tuesday, Black Mirror dropped the first full trailers, titles and synopses for each of the three new episodes that make up season five.

The first trailer is for an episode entitled Smithereens starring Andrew Scott, Damson Idris, and Topher Grace, and is about a cab driver with an agenda that becomes the center of attention on a day that rapidly spirals out of control.

And the third trailer, for the episode called Rachel, Jack and Ashley Too starring Cyrus, Angourie Rice, and Madison Davenport, focuses on a lonely teenager who yearns to connect with her favorite pop star – whose charmed existence isn’t quite as rosy it appears.